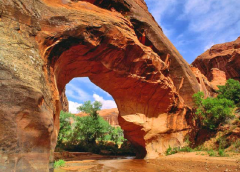 We see that some words that have been used casually by a major part of the society are indeed in contrast with our faith. Unfortunately, this situation escapes most people’s notice. If we do not notice those wrong usages, with time those words stick in our minds with wrong meanings and this can reach to such an extent that they can even destroy our faith. One of the ways of avoiding this danger is to notice the wrong usage and use the correct word. In this series of articles which will continue on this subject, we would like first to focus on the words ‘coincidence’ and ‘tawafuq’. Later on we will try to put under the microscope the tawafuq in Qur’an and in the Book of the Universe.

Tawafuq has the dictionary meaning of “to be correlated to each other in some way” and “to be in a pleasant coherence, correspondence, and conformity with each other.” ‘Coincidence’ is defined as an accident, an incident happening by chance, and an encounter occurring without any planning. There is nothing dangerous in this part of the matter. The real problem is the wrong meanings given to the word ‘coincidence’. For example, understanding such meanings from ‘coincidence’ as ‘an unconscious encounter’ and ‘conformity without a will behind it, happening on its own’ is quite wrong. The word ‘coincidence’ used in these meanings is in contrast with our faith.

THERE IS NO PLACE FOR COINCIDENCE IN THE UNVERSE

There is the influence of the divine will on all the actions and phenomena taking place in the universe. Without Allah’s universal will nothing happens. Not even a leaf falls to the ground without the order or permission of Allah. Now we will give some verses both to give an idea and to prove the point. For example the third verse of Surah Saba, “from Whom is not hidden the least little atom in the heavens or on earth: Nor is there anything less than that, or greater, but is in the Record Perspicuous”. In the 21th verse of Surat Al-Hijr, “And there is not a thing but its (sources and) treasures (inexhaustible) are with Us; but We only send down thereof in due and ascertainable measures.” Our Lord says in the 59th verse of Surat Al-Anaam,

“With Him are the keys of the unseen, the treasures that none knoweth but He. He knoweth whatever there is on the earth and in the sea. Not a leaf doth fall but with His knowledge: there is not a grain in the darkness (or depths) of the earth, nor anything fresh or dry (green or withered), but is (inscribed) in a record clear (to those who can read).”

As can be understood clearly from the aforementioned verses, without the permission, order, will, power and knowledge of Allah, from the tiniest to the biggest, no movement, no action take place in the universe. We Muslims believe in this truth. Therefore, we cannot use the word ‘coincidence’ which is used with the meaning of ‘unconscious encounter’ and ‘conformity without a will behind it’. Our faith does not allow that in any way. The ones who continue to use the word ‘coincidence’ because of ignorance and negligence may be excused to some extent. But to use the word ‘coincidence’ intentionally, believing in the meanings – ‘an unconscious encounter’ and ‘conformity without a will behind it, something happening on its own’ may put someone’s faith in danger. Such an understanding means to accept not completely but only partly that the All Glorious One has the absolute sovereignty, that his knowledge encompasses everything, that His will penetrates everything, and that His power has influence over all the creation at all times. Such a line of thinking damages the perfection of faith and the strength of the creed. The following truth, which Imam Bediuzzaman mentioned in the Treatise on Nature, emphasizes this dangerous point; “O man! You should be aware that there are certain phrases which are commonly used and which imply unbelief. The believers also use them, but without realizing their implications.” Because one step after this point one can fall into unbelief.

Since there is no coincidence in the universe and there is the absolute sovereignty of the divine power and will, everything comes into existence with His order, knowledge and permission. And there is no place in the universe without order. A perfect harmony and magnificent unity are visible to eyes that can see. There is a wonderful order, measure, and balance from the particles and atoms to the galaxies. The order, measure, balance, and harmony in the universe cannot occur without reason or accidentally. This shows that there is a knowledge, will, power and wisdom behind it. And this is the proof of the existence of the One with infinite knowledge, will, power and wisdom.

At this point Islam says that everything comes into existence with planning, creation, choice and measure of the divine dispensation. In other words, everything, every occurrence, even the simplest things according to us takes place with the dispensation and choice of the All Glorious One. With this truth in mind, how can someone use the word ‘coincidence’? Can someone come across a coincidence with this meaning in the whole universe? The universe with all the different creations in it and the clearly seen order, balance and harmony in them with the testimony of the scientific realities prove that there is no coincidence in it.

If using the word ‘coincidence’ with such a meaning is so wrong, what is the right word to use? Is there a word that our faith and creed suggest us to replace ‘coincidence’? The answer is yes. So what is it then? It is tawafuq. Tawafuq is the most correct word. Since there is balance, harmony and order in the universe and they require conscious actions, tawafuq represents all these truths. Conscious balance, conscious order, and conscious harmony can only be explained by tawafuq. Because there are will, knowledge, wisdom and power behind tawafuq. There is the intention of the All Glorious One, His choice, defining with His knowledge, organizing with his power behind tawafuq. Thus all the balances, orders, measures, similarities, correlations, coherence and harmonies in the universe show tawafuq. The word tawafuq used in this sense reminds people of Allah, leads them to Allah.