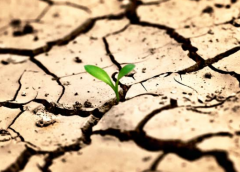 The six illnesses which Imam Nursi listed in his famous Damascus Sermon are still the main problems that are challenging modern Muslims.

Approximately one hundred years ago, Imam Bediuzzaman Said Nursi addressed a congregation comprised of ten thousand people including hundreds of scholars in Jami’ul Amawiyya (Umayyad Mosque) – it was 1911 and he was 35. This sermon was first printed in the original Arabic and then in 1955 in Turkish with the Imam’s translation under the name of “Hutbe-i Şamiye (the Damascus Sermon)”. In the Damascus Sermon, Imam Nursi put forward the six dire sicknesses as factors which allowed foreigners, Europeans, to fly towards the future on progress while they arrested us and kept us, in respect of material development, in the Middle Ages by observing the social realities and the Qur’anic truths.

The sicknesses are these, first: The appearance and rise of despair and hopelessness in social life. Second: The death of truthfulness in social and political life. Third: Love of enmity. Fourth: Not knowing the luminous bonds that bind the believers to one another. Fifth: Despotism, which spreads like various contagious diseases. Sixth: Restricting endeavour to what is personally beneficial.

Imam Nursi stresses the importance of ‘al amal’, that is, having a strong hope for the mercy of Allah as a solution for despair and hopelessness which he considers the most important obstacle before Islamic world, and he declares this depending on the verse, “Despair not of the mercy of Allah” (Zumar, 39:53). He says: “The future shall be Islam’s and Islam’s alone. And its ruler shall be the truths of the Qur’an and belief. Therefore, we must submit to divine determining and our fate of the present, which is that ours is a brilliant future, while the Europeans’ is a dubious past.”

Furthermore, from the blessed time of the Prophet (PBUH) up to the present, not a single event in history has shown us a Muslim who has embraced another religion, whether old or new, in preference to Islam, as a result of reasoned argument and conclusive evidence. However, history shows us that followers of other religions are gradually approaching and entering Islam on the strength of reasoned argument and cogent proofs, sometimes in groups.

Moreover, mankind has been awakened and aroused by the sciences of civilization, in particular; they have understood the true nature of humanity. Without any shadow of a doubt, they are not able to live without religion, aimlessly. For that reason, an inclination towards seeking true religion has been kindled in everybody. In our age where reason dominates, of course the Qur’an will prevail, since it makes all its arguments confirm to reason.

Yes, it is only Islam which will prevail in the world spiritually and materially, and what will lead people into worldly and ethereal happiness is only Islam. “If we were to display through our actions the perfections of the moral qualities of Islam and the truths of belief, without doubt, the followers of other religions would enter Islam in whole communities; rather, some entire regions and even states, on the globe of the earth would take refuge in Islam.”

Respected brothers and sisters! The Islamic world which has fallen away from these truths and has been aloof to the religion has been in the grip of despair for a few centuries. This despair and hopelessness has entered into the heart of

the Islamic world, destroyed the lofty ethics of Muslims and dampened its spirits. Communities which are inflicted with this illness have brought themselves to ruin with rhetoric like “we are no good, whatever we do we cannot compete with Europe and USA”, though they have a perfectly sufficient amount of good human and natural resources.

Due to this despair and hopelessness, those countries with populations of only a few million in the West have been able to turn the Muslim countries with large populations in the East into servants and colonies for them. Again, due to this despair and hopelessness, a Zionist community with a population of only a few million has been destroying an Islamic world with a population approximating two billion with its plots and mischief.

It is time to change this situation and to cut off the head of that despair with the sword of “Despair not of the mercy of Allah” (Zumar, 39:53). This is possible through living by true Islam and a way of life serving Islam, and living the principles and truths of Islam and faith and Qur’an while depending on the help and mercy of Allah.

I would like to talk about a particular event with regard to this issue. Before the Battle of the Trench, while the trenches were being excavated, the companions came across a big, hard rock which they were not able to break. They reported the situation to the Prophet (PBUH) and the Prophet (PBUH) grabbed the sledgehammer of Salman al Farisi and hit the rock. Every time he hit the rock, he said “Allahu akbar, the keys of Damascus and Byzantine were given to me, Allahu akbar, the keys of Persia were given to me, Allahu akbar, the keys of Yemen were given to me” and in that way he broke the rock into pieces and gave good tidings about future. While he was doing this he had two stones tied to his stomach because of his severe hunger. Furthermore, his tribe and relatives were initiating an attack against his mission.

This event in the age of bliss reminds us another event in recent times. Imam Said Nursi, al Mujaddid of the age was exiled to Barla, a remote village in the mountains. He was not allowed to see anybody. One day, he climbed Mount Çam with a disciple named Shamli Hafiz Tawfik. When the Tenth Word, entitled the Resurrection treatise, was completed with the help of Allah, Imam Nursi said, “Alhamdulillah, we have broken the backbone of (defeated) unbelief. Then his student said, “O Imam, you have written a treatise and you say we have defeated unbelief. However, in Istanbul right now, they are continually printing books of unbelief.” Imam answered him, “O brother! We carry out our duty and do not interfere with the will of Allah.”

Yes, the Imam did his duty and showed and announced to the world that the Qur’an is “an inextinguishable sun”. The Risale-i Nur collection which destroyed naturalism which is the fortress of unbelief and fought against the movements of unbelief which were disguised under the cover of philosophy and science, and illuminated the heart, the mind and the spirit showing the light of tawhid, had a great role in saving the Islamic world from despair and hopelessness.

The second illness which has caused backwardness in the Islamic world is the death of truthfulness in social and political life. Truthfulness is the basis and foundation of Islam, and the bond of fine character, and the disposition of elevated emotions. Since this is the case, we must bring to life within us truthfulness and honesty, which form the foundation of our social life, and cure our moral and spiritual sicknesses with them. Salvation is possible only through truthfulness and honesty. And as for lying, it is to slander the All-Glorious Maker’s power. Unbelief in all its varieties is falsehood and lying. Belief is truthfulness and honesty. Thus, as a necessity of the ruling of the verse, “So keep to the right course as you have been commanded” and the principle of “either truthfulness or silence” it is obligatory that we make truthfulness the main principle in our individual, social and political lives.

The third illness: It is love for enmity and enmity towards love. The prescription for that is: The thing most worthy of love is love, and the quality most deserving of enmity is enmity. The reason for love for the people of faith is illuminated bonds such as Islam, faith and humanity. The reasons for enmity are small private issues. Someone who treats somebody as an enemy makes a mistake by breaking that luminous chain. Love and fraternity are of the nature of Islam.

The fourth illness; a lack of awareness of the illuminated ties binding Muslims together. One of these is the consciousness of being an ummah. The foundation and spirit of our true nationhood is Islam. Through the bond of this sacred nationhood, all the people of Islam are like a single tribe. Like the members of a tribe, the groups of Islam such as Arabs, Turks, Kurds, the Laz, Circassians, Albanians, Africans, Malaysians, Afghans, Caucasians and the other communities are bound and connected to one another through Islamic brotherhood. They assist one another morally, and if necessary, materially.

Another connecting point between Muslims is that of legal consultation. The verse وَاَمْرُهُمْشُورٰىبَيْنَهُمْ orders consultation as a main principle. As throughout history people shared their information and views and in that way humanity developed and the sciences and technology improved. In the same way, the key for unity of the Islamic world is consultation. Just as individuals negotiate with each other, in the same way, communities and states should also negotiate with each other.

The sixth illness is restricting endeavour to what is personally beneficial. However, in this time evil and wrong-doing are not only restricted to those who perpetrate them. Rather, it becomes a transgression of the rights of millions of Muslims. As the evil mounts up thousand- fold, the good deed – that is goodness touching the sacredness of Islam – also does not remain restricted only to the perpetrator. Rather, that good-deed becomes advantageous for millions of people of faith spiritually.

Furthermore, with the lesson that the Qur’an and faith give a Muslim, “If I die, at least my community lives and I have eternal life in the collective personality of my community”, the value of a man is measured by his endeavour for his community. Whoever has an aim of saving his community, he is a small community alone.

Our path is glorifying the name of Allah and having strong hope for the pleasure of Allah and His mercy. Our profession is to have love for love and enmity for enmity along with truthfulness. Our aim is to adopt the ethics and attitudes of the Prophet Muhammad (PBUH) and to enliven his Sunnah. Our guide is the Qur’an. Our chief is the Prophet Muhammad (PBUH). Our weapon is the certain proofs of the Qur’an and truths of faith and the Qur’an. Our prescription is obeying the Qur’an and working to establish Islamic unity. The main dynamics for our development are the coming together of the hearts under the Qur’an, the replacement of nationalism with Islamic nationalism, and the reordering of education, working hard and abandoning sins.

Long live truthfulness! Death to despair! Let love endure! Let mutual consultation find strength! Let those who follow their own whims and desires be the objects of blame, reproach and detestation! And on those who follow Guidance be peace and well-being! AMEN.