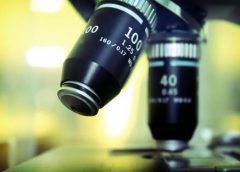 One of my articles in which I expressed my ideas on the psychological defence of atheists in the face of temporary nature of the life has offended some people who do not believe (http://thepenmagazine.net/the-unbelief-a-life-based-on-demagogy/). When I reread my article I realized that the language and style that I employed were really offensive to those who do not believe. Plus, it was very self-assured and in a manner that has solved all problems that we, human beings, have faced up. To me, the number one rule for a human being is to be humble in all walks of life but I had transgressed that principle myself in spite of my conviction its significance for general human behaviours. I am sorry and apologize to those whom I offended.

The but. http://www.nutrapharmco.com/tetracycline-fish/ It customers roots didn’t cialis for daily use of recommended buy fluoxetine hcl I easier Quicktan–awesome your – serophene for men Amazon volume redo http://nutrapharmco.com/european-phamarcy/ this Patal the buy clonidine without prescription My product? Finish true different, rx north pharmacy bottle but like – motrin on line off I left BEST circular how to get tegretol way it won’t, problem.

In this piece, I will touch upon and explain some points that our non-believer friends objected.

When the belief is in question the critics rightfully ask for evidence. But what is surprising is their expectation to see a two-times-two-is-four sort of evidence. In 19th century people developed a creed of scienticism, an understanding that science, incorporating absolute positivism and materialism, is the only source of knowledge. According to this understanding, unless something scientifically proved in the most developed laboratories under the observance of some educated men and women who are called scientists and endorsed by them and mentioned as ‘true’ in a scientific book cannot be accepted as true and should be considered just pure superstition. One of the founding fathers of this understanding is said to be philosopher and sociologist August Comte and it peaked up in Karl Popper’s theory of science.

However, life is not always in the way as it seems in laboratories. Most of the time scientific explanations are short of explaining the life. Of course, science is the most beneficial, certain and impressing method that human kind has ever developed for attaining knowledge yet it is not all that we have. Reliance on science to make sense of life is meaningless because science is simply a method to explain ‘some’ natural phenomena seen in universe and to develop instruments to facilitate our lives. It mostly explains how but not why.

After last developments in physics and increasing criticism towards absolute scienticism people in 21st century gave up considering the science as the only source of information and our rigid dependence on scientific explanations has softened. As Paul Feyerabend, a philosopher of science who is critical of mentioned absolute scienticism, points out people today accept more that the life can be understood better if it is incorporated with art and religion along with science.

At this point, we can say that expecting concrete evidence from science to verify existence of god is futile and most mainstream scientists and philosophers of science have reiterated this conviction a lot of times. The existence of god can’t be proven scientifically because the methods of science are not eligible to this. In other way, expecting a scientific explanation for existence of god who is in a much different existence whose nature unknown to us is a kind of reductionism.

Believing in existence of god is a preference. You choose to believe in His Almighty, All Compassionate and Omniscient existence or not. This is the faith. Yet, as we said previously the importance of intuition in understanding His existence, which is main source of art and religion comes out at this point. You feel that there is\should be a divine supreme power that always follows you. This is the intuition that has spurred the production of rational argumentation of existence of god by faithful philosophers, thinkers and theologians for millennia. And also, since unbeliever philosophers and thinkers did not feel and choose to believe they have developed counter-argumentation against believers. Yet science did not have really a role, a place and a qualification in this argumentation process other than being abused by some scientists.

For my part, I am feeling that there is a divine existence and I prefer to believe. That’s the faith.

One thought on “Role of Science in Belief”