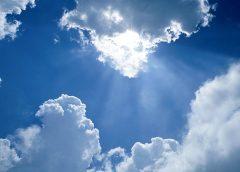 How did the revelation descend upon the prophets? Was there any revelation without a means? Does the inspiration come directly or through a means?

The revelation without any means was that the Prophet Muhammad (PBUH) heard the word of Allah in person in the night of Mi’raj. The verses at the end of the Surah Al-Baqara were revealed without any means.

The majority of the revelation came through angel, and most part of the inspiration comes directly.

In the meantime, we should not forget that there is a great difference of degree between the revelation and inspiration.