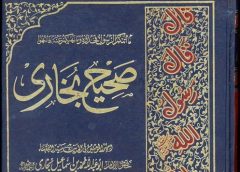 Even though it has been around 1450 years since our Prophet Muhammad’s time, how can we know if the Hadiths survived correctly until now?

History books and biographies of the Prophet record that the Companions, next to preserving the Qur’an and its verses, did their best to record and preserve the Messenger’s deeds and words, especially those concerning miracles and Divine Commands, and to confirm their authenticity.

They never neglected even an apparently insignificant act or state of the Prophet, as confirmed by the books of Tradition.

While the Prophet was alive, the miracles and Traditions forming the basis of religious injunctions were written down by many Companions, especially the “Seven Abdullahs,” notably Abdullah ibn Abbas (the “Interpreter of the Qur’an”) and Abdullah ibn Amr ibn al-As. Some 30 or 40 years later, thousands of Tabi‘un researchers recorded these, and later on the four imams of Islamic jurisprudence and thousands of discerning Traditionists also would write them down and transmit them.

Two centuries after the Prophet’s emigration, the compilers of the six esteemed and most authentic books of Traditions, at the head of whom are Imam al-Bukhari and Imam Muslim, shouldered the task of preserving the Traditions.

In the meantime, meticulous critics identified false reports produced by unbelievers or careless and ignorant people. In later centuries, Traditions continued to be  distinguished from fabrications and distortions by people of profound learning and such meticulous researchers as Ibn al-Jawzi and Jalal al-Din al-Suyuti, who was honored many times while awake with the presence and conversation of Allah’s Messenger, as confirmed by those of spiritual realization. (see; Zulfikar (Dhulfiqar), 19th letter; The miracles of Prophet Muhammad)

Thus the Hadiths have come down to us through numerous safe and trustworthy hands. Since this is by His Grace, we should thank Allah. No one has the right to doubt their authenticity.