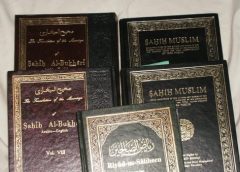 How did Imam Bediuzzaman Said Nursi explain the truthfulness of the Hadith Authorities and the Great Hadith Imams?

In different parts of the Risale-i Nur, Imam Bediuzzaman made various statements expressing that they were such truthful Imams. Two of them are as follow:

“Among such authorities were those who memorized more than 100,000 Traditions, who were so pious that for 50 years they performed the morning prayer with the night prayer’s wudu’ (ablution) (spending night awake in long vigils), and who compiled the six authentic books of Tradition. Any Tradition accepted by those authorities after much scrutiny has the certainty of tawatur, even if it had only one chain of transmitters, for such people were so familiar with the Prophet’s Traditions and exalted style that they could instantly spot and reject one false tradition among 100 reports. Like an expert jeweler recognizes a pure diamond, they could not confuse other words with those of the Prophet. However, such meticulous authorities as Ibn al-Jawziya were so excessive in their criticism that they considered several authentic Traditions to be false. This does not mean that the meaning of every false wording is wrong; rather, it means that the wording does not belong to the Prophet.” (see; Zulfikar (Dhulfiqar), 19th Letter; The miracles of Prophet Muhammad)

“When these tree-related miracles reported by the most renowned Companions are taken together, they must have the certainty of tawatur in meaning or even in actual wording. In fact, they gain the degree of explicit tawatur through the Companions passing them down to the following generation. In particular, such authentic books of Tradition as Bukhari’s Sahih, Muslim’s Sahih, Ibn Hibban’s Sahih, and Tirmidhi’s Sunan note and record the chain of transmitters (leading back to the Prophet’s time) so soundly and convincingly that reading an account in Bukhari’s Sahih, for instance, is equivalent to hearing it from the Companions.”  (see; Zulfikar (Dhulfiqar), 19th Letter; The miracles of Prophet Muhammad)