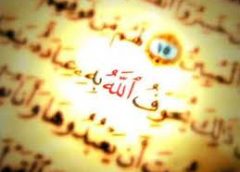 The training which philosophy, science and the Quranic wisdom give to social life is totally different from each other.

“Philosophy accepts ‘force’ as its point of support in social life. It considers its aim to be ‘the benefits’. The principle of its life recognized to be ‘conflict’. It holds the bond between communities to be ‘racialism and negative nationalism’. However, the mark of force is ‘aggression’. The mark of benefit -since they are insufficient for every desire- is ‘jostling and tussling’. While the mark of conflict is ‘strife’. And the mark of racialism -since it is to be nourished by devouring others- is ‘aggression’. Thus, it is for the reasons that it has negated the happiness of mankind.”

As it is pointed out many times in Risale-i Nur, Master Bediuzzaman shows us one more time that Western civilization is based on the destructive and weak nature of human.

Today, both Europe and the developed countries like USA established their civilizations on prosperity and degradation. Master Bediuzzaman criticizes both the socialism and capitalism which are the economical reasons for humankind to lose their peace and to interfere with each other. And he put the case clearly as a criticism which all these things are result of the Western Civilization.

Islam orders Muslims to work hard and to be the best. But Islam keeps it thigh that if a person earns more, he must help more and share his belongings with others. This is called “Zakah – Alms giving” But the other idea advises human to work hard and also it makes you fight against any kind of thing which may have a chance to be equal with you. Helping each other and sharing is not mentioned here.

For the personal issues, the man acts in a selfish way, and when it is a Universal situation, he acts as nationalistic as possible.

But for Islam, religion comes before the national identity.  You must act accordingly with Muslim community, because you are the Ummah of Prophet Muhammad (pbuh), and brother of all Muslims in the whole World.  So needs of one of our brothers come before all nationalistic thoughts. Islam removes all the borders between brotherhood, but Philosophy sets a new wall just to separate every individual from each other.

If we briefly summarize the subject, we will see that there is peace in Islam, peace in brotherhood, peace in helping each other and peace in sharing. But quite the contrary staying away from each other makes this life worse day by day. Hunger of earning so much will not be satisfied and there will always be a chaos in the community between the poor and the rich, and the distance between them will be higher day by day. This is not the solution but the problem itself as Bediuzzaman declares in the Risale-i Nur: “The origin of all revolutions and corruption, and the spur and source of all low morals are just two sayings:

The First Saying: “So long as I’m full, what is it to me if others die of hunger?”

There is only one remedy for extirpating the First Saying, and that is the obligatory payment of zakah. While the remedy for the Second is the prohibition of usury and interest. Qur’anic justice stands at the door of the world and says to usury and interest: “No entry! It is forbidden! You don’t have the right to enter here!” Mankind did not heed the command, and received a severe blow. So it must heed it before it receives one even more severe!” (from the Risale-i Nur Collection / Book: The Letters / Seeds of Reality)

So in this day and age, we must try to evaluate conditions objectively and try to see the destruction on earth in terms of morals, economy and politics and we must seek the cures of our illnesses from Quran and give them exact meanings of their creations.

One thought on “Philosophy and the Quran”