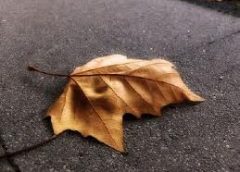 The hostility towards Muslim brothers has got such an effect for the social life that it destroys the bounds of brotherhood among Muslims. Society needs unity and the peace born from good relations among individuals. When the relations between the individuals go worse, the dispute increases. So man’s life is poisoned by the dispute and quarrel aroused.

Having enmity towards a Muslim is an unjust action. It is not fair in terms of righteousness to have hostility. It is not reasonable to be hostile to someone just because he has got some mistakes; because he still deserves to be treated friendly due to his many good morals apart from his errors. That is, his positive deeds are still dominant. He has got belief in Allah, Prophets, Hereafter and others. Faith has got the magnificent of mount Uhud. The mistakes he does is very small compared to his faith.

It is not true to have enmity in terms of wisdom. It is quite certain that heart cannot bear hostility and love together. One of them in a way dominates the other. Either love dominates the hostility and it turns into pity, or love is dominated by enmity and turns out to be not real. Therefore, wisdom does not accept these two things within one person.

There is another reason not to have enmity towards Muslim brother. Even if a person cannot give up on feeling enmity, then he can manipulate it to something else, not the people. He can direct his enmity towards the feeling of enmity itself, or to the people who oppress others. So, there is no other reason for having hostility towards people.

For those reasons, we have not got the right to obtain hostility towards people in the society. For the things that we think as the reason for enmity cannot be real excuses. Justice, wisdom and conscience reject it. Even if we cannot help feeling enmity within ourselves, we can manipulate it towards the feeling itself, and towards the people who are real evil doers.