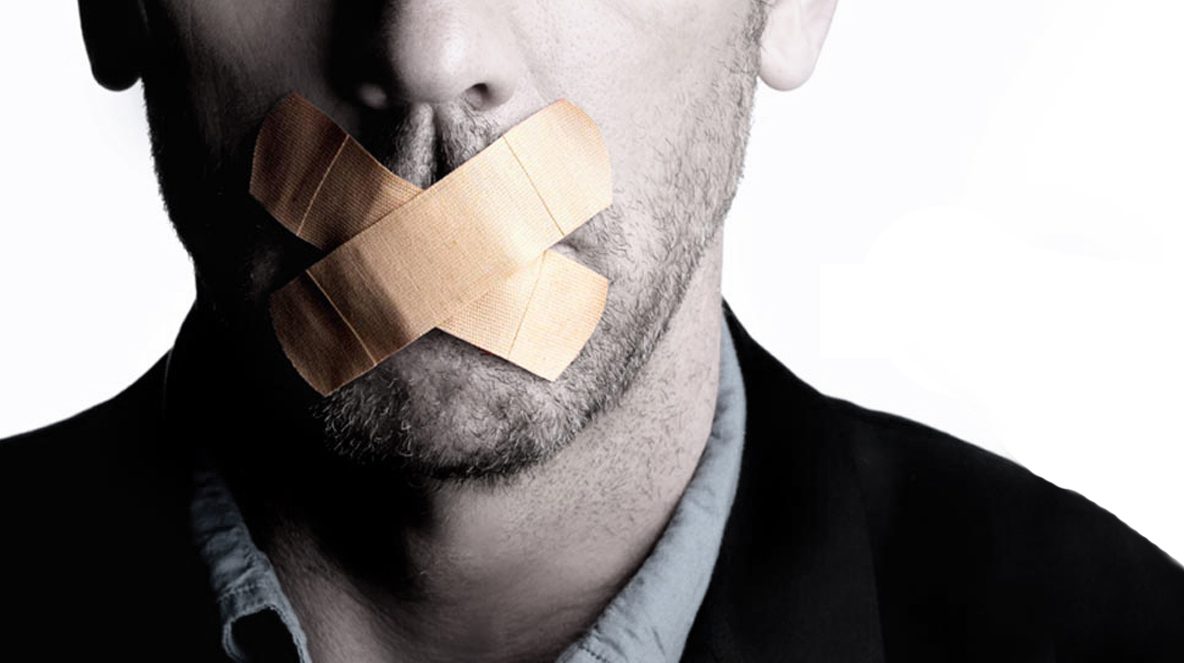 We have bad habits. And a lot of us try to change them into good ones. It is not an easy thing to do.

Habitual sins are the most difficult ones among the bad habits. (When a certain sin is habitually committed, then it is a sinful bad habit.)

Our tongue also has bad habits and habitual sins. We say things that we should not say. And we must know that if we are doing this again and again, and cannot give it up, we really have a bad sinful habit of tongue.

Lie, for example, is one of the bad habits of tongue. Lie is an unacceptable sin for a Muslim. Although it is allowed by some Muslim scholars in only few circumstances, some scholars say it is not allowed under any circumstance.

However, it has turned into a most harmful habit in our community nowadays unfortunately. We can even say that it is a bad habit of society. It has become a most common sin among us. Little lies, which are seen as innocent, leads to more “little” lies, to “big” lies, and eventually to “bigger” lies.

Lie is, if I may say so, as cheap as dirt. People lie and do not pay any price for it. There is no embarrassment, let alone a self condemnation. What is worse, we have got used to it.

Most appalling lies are labelled as “claims.”

Truthfulness is of great importance for a society. Once it is gone, everything is gone. Lie causes distrust among people. It forms a world of doubts in our minds.

One day, a young man wants to marry a girl. He and his family go to the girl’s family to meet and ask for the girl’s hand. Boy’s father praises his son and family at length. At the end of his words of pride, he adds, “Yet there is only one bad habit of our family. We just can’t help telling lies.”

If someone hears you telling one lie, let alone many lies, how can you expect him to trust you anymore? Can you yourself really trust a friend whom you know lies to people now and then?

Lie causes other bad deeds in the society: hypocrisy, flattery, duplicity and double-dealing, slander, and many more.

Some scholars issued ‘temporary’ fatwas in case of necessity or for benefit. Such fatwas may not be given in this age, according to Imam Said Nursi.

“For it has been abused so much that there may be only one benefit among a hundred harmful things. Therefore, the judgement cannot be based on benefit.”

He gives the following example:

“The cause for shortening the prayer (salah) while on a journey is hardship. But it cannot be the reason. For it has no determined limit and may be abused. Rather, the reason may only be the journey. And in the same way, benefit may not be the reason for telling a lie. Because, it has no specified limit and is a swamp that breeds abuse. The judgement for a fatwa may not be based on it. In which case, [it is just] “either truthfulness or silence“. That is, there are two ways, not three. That is, not either the truth, or lies, or silence.”

He adds, “Thus, since public order and security have been overturned through mankind’s evident and ghastly lying and wilful misrepresentations, and through their abuse of benefits, mankind is clearly commanded and compelled to close the third way.”

Another bad and common sin of the tongueisgossip or backbiting. It has a lot of harm in various aspects. It kills the relationships.

The backbitten person is the first victim. Words are said about him in his absence where he cannot defend himself. Sometimes it reaches such a level that he becomes a victim of character assassination.

By the way, backbiting consists of “saying that which would be a cause of dislike and annoyance to the person in question if he were to be present and hear it.” Even if what is said is true, it is still backbiting. If it is a lie, then it is both backbiting and slander and a doubly loathsome sin.

Backbiting is such an awful sin that it is asked in the Qur’an “Would any among you like to eat the flesh of his dead brother?”

Some scholars named backbiting as the weapon of the weak, the low, and the vile.

One day, a man comes to a wise man and says, “Have you heard what they say about your friend?” The wise man instantly interrupts the man, prevents him to continue, and says, “Before telling me that, let me ask you two things: Is the thing you will say about him true?” “I don’t know,” answers the man. Then he asks the second question, “Is the thing you will say about him good?” The man says, “No.” Then the wise man says, “Then I do not want to hear your news.”

Because of the backbiting, negative feelings such as enmity, envy, and obstinacy increase among the people.

Imam Said Nursi describes how terrible backbiting is in one part of the Risale-i Nur as follows:

It is such discrimination that the backbitten person cannot defend himself at that moment.

It is such corruption that the heart starts to love such disgusting thing.

It is such irresponsibility that it poisons the social life.

It is such a lack of sense of humanity that a backbiting person becomes like a wild animal tearing the backbitten person apart.

What to do about the habit of “lie” and “backbiting”?

Now, what can we do against these two sinful, bad habits of the tongue?

First of all, let’s remember that Allah is not pleased with these two. A conscious Muslim does his best and is always in a struggle to abstain from the things that Allah forbids.

Secondly, we should see that these two sins like all others give harm to us first. All the sins are like poisonous honey; they start to poison us the moment we sin and we always have pain till we repent and give them up.

Thirdly, we must see that we harm others by lying and backbiting. Sooner or later these two will cause serious problems and even grave results in our relationships. Who knows, maybe there are already such problems and results, but we are not aware yet.

So how to break them?

How to break these two terrible habits? It is easier said than done. There are a few steps that can be useful:

Repent! That is right way to begin. Sincere repentance will be a strong spiritual support by the will of Allah.

Apologize your family, relatives, and friends for your past lies, and tell them your decision of not to lie again. This will help you to stay strong. People around you will also help you about it.

Do not spend time with liars; whether a friend, or a famous personality, or a TV channel. Stay away from them.

Do not joke for some time. A little lies in the jokes can damage your struggle against lying.

Simply do not talk much. That is, do not speak of things that are no benefit. Talking much usually brings along small lies. And small lies keep the door open to bigger lies.

What to do about “backbiting”?

Repent. Again, that is right way to begin. Repent sincerely.

Go to people that you gossiped and ask their blessings and duas. This is because you violated their personal rights. If you do this, know that you really want to stop this bad habit.

Talk about positive things instead of negative ones about people.

Remember that there are lots of people for you to speak ill of. Enemies of Islam, being first, tyrants that kill innocent people, be them Muslim or non-Muslim, tyrants that oppress their own people, administrators that promote hatred against foreigners, people that violates the rights of the weak, and many more. Feel free to speak ill of them.