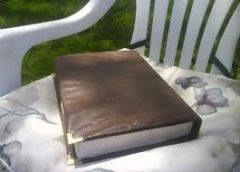 Having nothing to get by on…

Having nothing to hope for the future…

Having no faith, no will, and no passion in life…

I was considering about the people who are always in search of worldly pleasure. Drinking all the time or doing drugs and getting numb to forget everything. If asked, why? What answer would be given to this question?

Most of the people think that they will die whether they play by rules or not.  Due to the fact that everything seems to be enemy and harmful, people become more violent against everything and losing their mercy and beginning to fight with everything and even with themselves which sometimes even results in self-immolation.

What would students do if they didn’t have faith to pass the exam? Or how would they keep on studying if they knew that they would get nothing, no job, no statue, no money after they graduate? Which force would push them forward to study, struggle to get the things we mentioned?

What would we do after we are told that we would die in two days? Probably, this moment would be the time that we start dying. Do we have the guarantee for not dying in the following two days?

Bediuzzaman describes that kind of a man who has no faith as the following; “In his view the world is a house of universal mourning. All living creature are orphans weeping at the blows of death and separation. Man and the animals are alone and without ties being ripped apart by the talons of the appointed hour. Mighty beings like the mountains and oceans are like horrendous, lifeless corpses. Many grievous, crushing, terrifying delusions like these arise from his unbelief and misguidance.” (Letters, 2nd letter)

Belief makes us move towards to the profits and results. There are cups for the winners of the tournaments. It is to make them keep willing to play. It is fame attracting them to play well. And starting point is the “belief”, forcing them to work as hard as possible to reach the final destination is the “belief”. For some, it is money, fame, statue and career and for some it is to be eternal with all the real perfections which has only the reflections in this world and has the small examples of.

Whatever we do in this world, in all actions, main driving force is “belief”.  There are too many writers writing about “Self Development “.

Why are they always keep on telling us the same story?

And Master Bediuzzaman also describes the situation in the eye of a believer; “In his view this world is an abode where the Name of the All-Merciful One is constantly recited, a place of instruction for man and the animals, and a field of examination for man and jinn. All animal and human deaths are demobilization. Those who have completed their duties of life depart from this transient world for another, happy and trouble-free world so that place may be made for new officials to come and work. The birth of all animals and humans forms their enlistment into the army, their being taken under arms, and the start of their duties. Each living being is a joyful regular soldier, an honest, contented official. And all voices, either glorification of Allah and the recitation of His Names at the outset of their duties, and the thanks and rejoicing at their ceasing work, or the songs arising from their joy at working. In the view of the believer, all beings are the friendly servants, amicable officials, and agreeable books of his Most Generous Lord and All-Compassionate Owner. Very many more subtle, exalted, pleasurable, and sweet truths like these become manifest and appear from his belief.”(Letters, 2nd letter [Risale-i Nur Collection]).

If we didn’t have even a piece of belief in our hearts, it would be impossible for us to live years in a healthy way. Belief motivates us. It ensures us that this perfect system is not designed to get lost in the deepest dark holes of nothingness, it is for the humanity to have a long and detailed examination of sincerity to pass, and get to the heavens in which there is no pain and suffering.