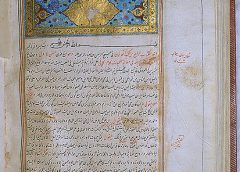 Many people think that Muslims did not play a role in the history of sciences. They suppose religion does not let man to improve in science; so in this case Islam was in no position to let the Muslims to contribute to the scientific works. These are what the schools have taught for decades even in Muslim countries.

This fallacy has been collapsing for the last few years. There have been some initiatives and projects that raise awareness of scientific achievements of the Muslims from the 7th century onwards.

While Europeans lived in so called Dark Ages, Muslims, on the other hand, enjoyed the Golden Ages in their lands.

History of Science is the study the scientific developments that man achieved for thousands of years till today. There were some early cultures, Greeks, Indians, Chinese, medieval Europe, and Modern times. Muslims were not mentioned in this history.

However, today many accept that there is a period of time that Muslims really improved in science from the 7th century till at least the 17th century.

There is a process of science improving from the beginning of man till present day. And Muslims have been in this chain of scientific developments. Moreover, they made great contributions in various fields such as Mathematics, Geography, Chemistry, Medicine, Astronomy, and Algorithm. However, Muslims achievements have decreased later in the 16th century. Then the next ring joined the chain.

“Europeans took science from Muslims during the 500 years from the 10th century to the 16th century. Then a period of unproductiveness, stagnation, and decline started in the Muslim World. While this decline stage began in the Muslim World, a new period started in Europe,” says Prof. Dr Fuat Sezgin, a historian of science. He has spent his life working on this field and has shown the role of Muslims in the history of science. He wrote “The History of Arabic-Islamic Sciences” which comprises 15 volumes.

He rejects the attitude of ignoring the Muslims’ 800 years of creative period of the history of the science which also affected the Islamic world’s school books designed according to the western perspective.

His aim, he explains, is to save Muslims, especially the youth, from the inferiority complex; and get acquainted themselves with the glorious achievements of the Muslims in the past. “This should not cause arrogance, however.”

A question comes to mind then: If the Muslims were so advanced in the history of science, why are they so far behind now? “To answer this question”, writes Fuat Sezgin, “a symposium was held in Bordeaux in 1956 and a seminar in Frankfurt in the same year with the main emphasis on the same question.”

Apparently no obvious answer could be given to this question. But Mr Sezgin enumerates some factors that can have been involved in this matter, “of which”, he says, “I have become aware during my pursuit of the history of Arabic-Islamic sciences.”

Five of them are as follows:

1. In early Islam the Arabs were obviously in a mood of awakening and confident of victory, and parallel to this they were full of intellectual curiosity and had a thirst for knowledge and were receptive.

2. The new religion, reflecting this spirit, did not hinder sciences, but promoted them.

3. Umaiyad, Abbasid and other statesmen supported sciences in many ways.

4. The cultural representatives of other religions, after the conquest of their homelands by the Muslims, were treated properly, respected and made partners of the new society.

5. Already from the first century onwards there developed in Islamic society a special, fruitful teacher-disciple relationship unknown to the Occident in the Middle Ages and beyond. The pupils did not study from books only, but under direct instruction from the teacher. This facilitated the process of learning and assured reliable knowledge.

Today, there is no reason for Muslims to be pessimistic. We achieved great scientific developments in the past. All we have to do is stop being hopeless, and to gain our strength to strive again for the goodness of Muslims and the entire world.

One thought on “Muslims in the History of Sciences”