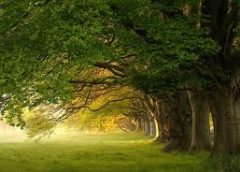 The humankind has seen thousands of Miracles since the first human being and the first Prophet Adam (PBUH) up to the Seal of the Prophets, Muhammad (PBUH). Why did they show these miracles? What is the logic behind miracle?

In order to answer these questions, we should learn both the dictionary meaning of miracle and its meaning in Islamic perspective.

The dictionary meaning of miracle is an act defying the laws of nature.

In terms of Islamic perspective, all the laws of nature is created and maintained by Allah (SWT). So, these laws can only be changed by Him.

In the light of these meanings, miracle can be defined as an act of changing the laws of nature which is and can only be done by Allah (SWT) on demand of the prophets.

Since all the prophets were human beings, when they declared that `I am the messenger of God’ they were asked to show miracles to prove their claim.

History has recorded thousands of miracles. Moreover, each prophet showed miracles in accordance with the popular things at their times.

For instance, at the time of the Prophet Moses (PBUH), magic was popular among the people. His miracles were particularly about magic. Whereas at the time of Jesus (PBUH) medicine was sought after. Healings of Jesus was many to prove he was conveying the message of Allah (SWT).At the time of the Prophet Muhammad (PBUH) the eloquence and fine speech was at peak. The greatest miracle of Him (PBUH) was the Holy Qur’an which is superior to any text in terms of eloquence.

All miracles of the Prophets are the evidence of their prophethood. They also prove the existence of Allah ( SWT),hereafter and other pillars of faith. Since these miracles are recorded by history, they are as real as the other incidents in history.