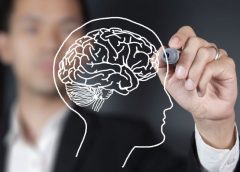 Intellectual arrogance disease may lead people who are more or less educated to oppose to the great scholars of Islam, and may lead them to refuse their ideas. What common believers need to do toward those great scholars is to approach them with good opinion, trust and submission.

In today’s world, where people mount the horse of ego and rush in the valleys of heresy, the illness that many people caught is intellectual arrogance; relying on one’s own ideas about every topic, or looking down on or being closed to other ideas, that is.

This situation may constitute a great danger for those who engage in science, particularly Islamic sciences. The investigator and scrutinizer ones among the scientists should be more careful; because those with that kind of arrogance stand contented against the other ideas. Their first reaction when they meet a new idea or subject is to approach with suspicion. Until understanding that idea in all its aspects, they have the attitude of suspicion and rejection.

The real danger is that this kind of an attitude also applies to Islamic sciences. Each scholarly subject of which they do not know the evidence, and which they do not or could not understand is suspicious or rejected for them.  However, the level of intelligence and knowledge of someone is not sufficient to understand each subject, especially the complex ones which can be understood by learning many other subjects. Treating these kinds of subjects is possible through answering many questions; and this is colloquially called as not everyone has the guts to do that.

These arrogant intellectuals can understand many truths, which normally common Muslims easily accepted and understood through the feeling of submission towards the great scholars of Islam, only after having a lot of difficulties and if they can answer all the questions in their minds. If they cannot answer them, they are devoid of believing those truths that everybody accepted and believed. In this way, as they go astray from the true path, “as-sirat al mustaqeem,” there is even a danger of falling into blasphemy according to the level of their illness.

The cure of this illness is that people should primarily abandon their arrogance and should know that everything is not limited with their knowledge. They should also believe that they must not approach the things the truth of which they do not know in a biased and suspicious way. Then, they should totally believe in and submit to the Qur’an and Sunnah, and the beliefs and code of practices of “ahl as-sunnah wal-jamaah” (people of the tradition of Muhammad and the consensus of the Ummah) revived from the two. Also, they should be in a total submission and feeling of respect towards the words and ideas of the great Islamic scholars, mujtahids (the interpreters of Islamic Law) and awlia, and they should value the ideas of those people above their own ones.

In Lemaât (the Flashes), written by Imam Bediuzzaman Said Nursi in the style of rhymed prose, there are explanations presenting a really good point of view about this issue. Let’s look at the issue within the framework of those explanations.

1- “Arrogance comes from weakness, leads to heresy. Arrogance is ungodliness inside; firmness against the ideas of infidels outside.”

Explanation: The genuine source of arrogance of people is the weakness of the soul. To overcome this feeling of weakness, people put in effort to see themselves sufficient and capable. The arrogance towards inside, that is the common ideas of Muslims, is the reason of deviation from religion. However, the arrogance towards the outside, that is firm stance against the ideas of the infidels, is the cause of firmness in religion.

2- “A source of heresy is the intellectual arrogance. Arrogance leads the person out of majority’s way and makes him go astray, forcing him to build a way for himself.”

Explanation: One source of heresy and deviation from truth is to become arrogant about one’s own ideas and to value one’s own ideas too much. This arrogance makes someone deviate from the way of the Ummah or of the majority of the scholars. Since he finds it difficult to follow and imitate them, he feels obliged to reconstitute his own direction of thought.

3- “Out of the majority’s way; suspicions and doubts, by the wayside. To collide with those doubts becomes indispensable for him if he makes a new way next to that main road.”

Explanation: He swerves away from the majority’s way due to his arrogance.  But, there are suspicions and doubts answered by the great scholars of that way, and thrown out of the way. When he wants to constitute his ideas in every subject, then, he has to collide with the suspicions that is already answered and has to find the answers to them on his own.

4- “Despite the fact that this arrogant vagrant is destitute of the good of the majority, he is always addicted to the doubts of the majority. He [and others like him] collides with them, only one in a thousand survives.”

Explanation: The person, who leaves the way of the majority of the scholars of ahl as-sunnah and produce new ideas independently, is destitute of the good gained by majority, and what is more, he has to, or may, by himself, be exposed to all doubts that every individual faced. He has to face the doubts that previous people faced while they were trying to solve the same problems because he tries to open a new way instead of following the way of previous one. (It is like reinventing the wheel! The person who tries to discover every problem will face the same troubles that previous people have faced; but can he manage that?) It is difficult for a person in this kind of situation to have the level of intelligence, knowledge and sincerity that can solve those doubtful problems. One out of thousands of those people may deal with those doubts; many of them are defeated and swerve away from the right direction.

In the article of “The debate with devil”, it can be said that the explanations of Imam Said Nursi enlighten the same points: “If it [Qur’an] is supposed as the words of man, in other words, if the great diamond tied to the highest heaven is thrown to the ground; one evidence that is as powerful as all the nails [keeping that diamond hanging in the heaven], and as strong as many evidence is needed to rise that diamond to the highest heaven (to be sure that it is  the words of Allah, not of the man), so that a person is saved from the darkness of unbelief and reach the lights of faith. However, it is very hard to succeed in it. Because of that, today many people lose their faith due to your trick (O Devil!) under the veil of neutral judgment.” (The Words, the Addendum of the 15th Letter)

5- “Oh, the aspirant of the true path! Trample your arrogance and crush it. Come to the road of the much protected faith of the majority; enter with submission, see, and travel.”

Explanation: If a person wants to be firm foot on the truth and the true path, especially in the subjects of faith, he should follow the tracks of ahl as-sunnah in the faith issues that the majority of them accepted. This majority is like a strong castle from the aspect of belief. Because Prophet Muhammad (pbuh) said, “My Ummah does not come together on the impiety.” The issues that the majority of the Ummah is in accord are of course on the truth and the true path. A person that follows those rules can travel safely among the most complicated issues and see the truth of them.

Finally, everyone may not be daring to oppose the ahl as-sunnah and the majority, but this intellectual arrogance disease may lead people who are more or less educated to oppose to the great knowledgeable people, and may lead them to refuse their ideas. However, what common believer and people need to do toward those great people is to approach them with good opinion, trust and submission. The duty of each believer and imitator, who is not an accepted and ratified scholar following the true path, is to respect those authorities and to know his own place; in fact, to be open not only to ideas of scholars but also all other ideas, and to prefer the sake of the truth rather than of self. May Allah make us successful in doing this!

2 thoughts on “The illness of intellectual arrogance”