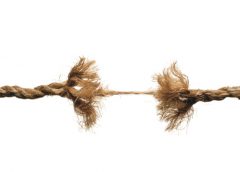 Years ago in an Islamic conference I attended in the USA, a renowned speaker said the following:

I was utterly shocked by these words of the speaker! The young man has a ‘faith problem’ that needs to be solved out, but the speaker who is well-known across the country does not pay attention to the ‘faith question’ and claims that there is morality in the basis of the problem.

Whereas, the young person has uttered his problem clearly, saying “I have some questions and doubts in my mind related to faith.” Even more, he meant in brackets: “It is because of my shortcomings on faith that I am unable to devote myself to worshipping Allah (SWT). If I find the answers to my questions and strengthen my faith, then I will start performing my worships and even correct my morality.”

Pay attention! The young person is not a non-believer. But because of the weakness of his iman and due to his doubts on iman and his questions which haven’t found their answers, he is unable to feel the taste of iman sufficiently and ‘live the way he believes’.

Two fearsome conditions of our time

This is the case across the world unfortunately. The main problem of our age is weakness of iman and doubts related to iman. Some may say “I have complete iman”, but how many names of Allah can we observe in the universe? If we are not able to see the manifestations of Allah in the universe and in every incident, which firm belief are we talking about? After all, if we perform few or no Islamic deeds, doesn’t this situation connote that our iman needs to be fortified.

If we are to go more into the subject, it is a known fact that Western positivist and materialist education system is being implemented all around the world. The modern science that is produced by the West and based on non-belief, let alone opening doors for our youth to observe the evidences of the existence of Allah in the universe, it rather portrays the nature as kind of a god that is running itself and has all the knowledge, power and will that is necessary for this entire work. 1.7 billion Muslims across the world is given the education in this way. And that lets non-belief to be structured through groundlessly and spread around the world. Imam Bediuzzaman Said Nursi calls this situation as ‘one of the two fearsome conditions’ of the contemporary world. That is, ‘the dissemination of non-belief that arises from science and philosophy’.1

Secondly, the current global system set up by the West and which is devoid of religion and morality brought about in the world and especially in the Islamic World the deepest spiritual devastation in history and resulted in a time when ‘preserving one’s iman would be as difficult as holding a cinder in hand’2 as reported in the saying of the Prophet Muhammad (PBUH). Muslims whose iman and faith got weakened were drawn into indulgence and made unable to worship. What’s more, this situation caused many to lose their iman and it still does.

Under this fearsome condition, unlawful (haraam) things that are presented to us like a poisonous honey and that invade our environment, allure our youth and all humanity and devastate their lives both in this world and in the hereafter making them go through a very harsh examination as to abiding by the orders and prohibitions of Allah (swt). This very condition is the one that is named as the ‘second fearsome condition’ of our time. Namely, ‘being unable to live the way we believe and preferring ‘consciously’ the pieces of glasses of this world over the diamonds of the hereafter.’ 3

Imam Bediuzzaman Said Nursi calls these “two fearsome conditions” as the most substantial problems being the basis of many others. Also, he considers the solutions are the fortification of iman making it a verified one and showing the hellish torment that is present in the sins.

Every era has specific conditions and has a specific problem and matter that has to be dealt by the scholars of that time. The problem of our time is the matter of iman. Thus, the best service that can be done for Muslims is the service of iman.

This is just what Risale-i Nur Corpus carries out. Risale-i Nur Corpus, with strong teachings of iman included in it, as stated by its author Bediuzzaman Said Nursi, “Brings one without iman into iman if Allah permits, it fortifies the iman of one whose iman is weak, makes strong and imitative iman into verified one, broadens the iman of one whose iman is verified, grants advancement in the knowledge of Allah (marifatullah), which is the basis and essence of all true perfection, to one whose iman is broadened and opens up more luminous and bright sights.4

Yes, Risale-i Nur addresses both mind and heart. It explains the most profound truths of faith through simple metaphors in a way making it understandable by everyone. It builds strong faith and insight in mind and heart not as to how salah, zakat and fasting are carried out, but as to why. It focuses on whys instead of hows. Furthermore, putting forward the evidences of the tenets of belief through the guidance of the Qur’an and through ‘contemplation on the book of universe’, it destroys the cause of non-belief of the enemies of Islam. Moreover, it strongly defends the fundamentals of Islam and the verses of the Qur’an against non-believers’ false allegations and doubts in the name of attacking Islam.

All Muslims living in this end of the times need such a corpus.

Who is Imam Bediuzzaman Said Nursi?

Imam Bediuzzaman Said Nursi, author of the Risale-i Nur Corpus, which is eligible to be a perfect cure for the society’s ailment of weakness of iman, lived in the most pressing times of the late Islamic history. Collapse of the Ottoman State, abolition of the Islamic Caliphate, establishment of the new Europeanized republic and the attempt to exterminate Islam in the territories that are the remnants of the Caliphate were the most ferocious events that took place in the more 80 years of life of Imam Bediuzzaman and which changed the destiny of the Islamic world.

In the same years, Western states launched assaults towards fundamentals of faith in order to get Muslims away from Islam and put this plan into practice through the secular republican state in Turkey in the strongest manner. Imam Bediuzzaman Said Nursi, who performed a huge struggle through working for the protection and betterment iman of the people in the face of such plans of both global and local powers, was exiled and imprisoned for 34 years, tried in courts due to numberless cases sued against himself and the Risale-i Nur, and was poisoned 21 times, all of which couldn’t stop him from continuing his struggle with apparent success.

Despite all, through the Risale-i Nur Corpus, which he was able to complete with the help of Allah, he presented brilliant explanations on the truths of iman, which we need like air and water, not only for the time and country in which he lived but also for all Muslims after him and in all parts of the world. These books are with us and the struggle of Imam Nursi is evident.

Four arguments to get out of the crisis

Muslim societies engaged in efforts to find solutions in the face of the rise of the Western civilization and the material and spiritual regress of Muslims. Some considered the biggest problem among the flock of problems to be the absence of an Islamic state and thought of the solution to be in serving Muslims through politics. Nevertheless, as stated in the hadith “However you are, you are governed accordingly,” Islamic way of life and the domination of Islam in a society cannot be realized from the top, but can only be done through education and consciousness of grassroots of a society. Additionally, Islamic scholars stated that faith and worshipping must be established in a society in the first place, and then dealings and punishments can be adopted. Risale-i Nur follows this methodology.

Some others believe that the problem arises from the alienation of Muslims from the Quran and hadith and find the solution to be in placing the two into the center of our lives. In this form of action, reminding and teaching of the orders and prohibitions of Allah is prevalent.

Thirdly, another group of Muslims impressed by the material and ideological domination of the West and acting with inferiority complex think that Islam cannot respond to contemporary problems and needs of the world unless it is reformed –in a way changing the authentic essence of the religion. Thus, they prefer to deny or reconstruct some beliefs and obligations in the religion that they find unbelievable and they go astray. On the other hand, Risale-i Nur, keeping mind and heart in the center, proves all truths of faith with utmost certainty and perfection thereby defending the truths of faith most effectively as well as contributing to the faith of the believers.

Risale-i Nur, being a Quran and hadith based movement, strives to cure the spiritual wounds of contemporary Muslims who have profound ailments of mind, heart and spirit due to the two fearsome conditions of the present world. In this effort, it inculcates in people the names and attributes of Allah (swt) manifest in the universe thus helping them get a verified belief through advancement in the knowledge of Allah (marifatullah) and the love for Allah (muhabatullah).

In conclusion, there is ‘weakness of iman of the believers’ in the core of every problem that is being discussed by Muslims and Islamic scholars across the globe. Parallelly, fine characters that every Muslim must have such as truthfulness, taqwa (fear of Allah), ikhlas (sincerity), profundity in worship, joyfulness, motivation, good character, devotion and contentment with one’s qadar (destiny), courage, straightforwardness and many others that we cannot mention can only be attained with a strong and verified iman.

There what we heard in a conference in a remote part of the world is nothing but weakness of faith that was identified by Imam Bediuzzaman Said Nursi in those years.

We ask from our Lord (swt) to disseminate the Risale-i Nur, which is a luminous light of the Quran, over the entire world and to make it a means for Muslims to maintain and strengthen their faith and for the non-believers to enter Islam benefitting from it. Ameen.