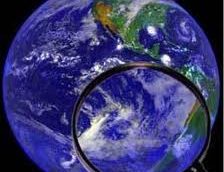 “History shows that the Muslims increased in civilization and progressed in relation to the strength of the truths of Islam; that is, to the degree that they acted in accordance with that strength. And history also shows that they fell into savagery and decline, and disaster and defeat amidst utter confusion to the degree of their weakness in adhering to the truths of Islam.” Bediuzzaman

The hidden history of science, the gap between Greeks&Roman and modern times, has been revealed in an exhibition shown at the Museum of Science in London. Many people named it as dark ages which has now been turned out to be The Golden Age of the Muslim world. Visitors will have the opportunity to see the Muslim inventors of the basics of camera as well as of the first engines, Astrolabes (forefathers of GPS), the founder of the first university in the world, the father of optics, the master of modern architecture the pioneering surgeon who invented the first catgut which is stil in use in operations, the first man who flew 1000 years before Wright brothers, the developer of mathematics and the founder of algebra and modern trigonometry, the best ever experts of pharmacy and so on and so forth can be observed in this exhibition or can be read through the book named “1001 Inventions: Muslim Heritage in Our World” by Salim T S Al-Hassani.

“1001 Inventions: Muslim Heritage in Our World” Exhibition opened in the Science Museum in London on 21 January 2010. The days followed by the opening were marked by a vibrant rush of the media, covering the exhbition and commenting on its different parts.This exciting cultural and educational event attracted thousands of people. The exhibition drew 15,000 visitors in its first week, showing thus the huge interest it raised among public.

The landmark exhibition, which runs from 21 January to 25 April 2010, highlights the scientific heritage the world has herited from Muslim civilisation. The venue has been inundated with visitors and the Science Muesum’s Director, Professor Chris Rapley, has described thier latest attraction as a “blockbuster”. He added:

“The thousand year period from the 7th century onwards was a time of exceptional scientific and technological advancement in the Muslim world, spanning China, India, Persia, Africa and Arabia. This is the period in history that gave us huge advances in engineering, mathematics, chemistry and physics.”

The exhibition celebrates 1,000 years of science from the Muslim world, from about 700 to 1700. During this period, many of history’s finest scientists and technologists were to be found in the Muslim world. In Europe the light of scientific inquiry had largely been extinguished with the collapse of the Roman Empire. But it survived, and indeed blazed brightly, elsewhere.

From Muslim Spain across North Africa to Damascus, Baghdad, Persia, India, and all the way to China, scientists in the Muslim world were at the forefront of developmets in medicine, astronomy, engineering, hydraculics, mathematics, chemistry, map-making and exploration.

For the project director at the Science Museum, Dr Susan Mossman, quoted by BBC, “there is a whole area of science that is literally just lost in translation”. She added: “Arabic and Muslim culture particularly is a little-known story in Britain.”

Professor Salim Al-Hassani, the Chairman on FSTC and leader of the team who prepared the exhibition, qualifies the Global Educational Initiative 1001 Inventions as “edutainment” activity, namely a series of displays devoted to different aspects of science meant to be both educational and entertaining. He declared to the BBC:

“We hope to inspire the younger generation to take up a career in science and techology and to be interested in improving the quality of societies.”

It was the time of devoted and committed, trustworthy and hardworking people, and obedient Muslims to the sacred principles of the Holy Qur’an and to the practice of the Prophet Muhammad (PBUH).

It was the time when Muslims were leading and educating the world in every field of life. It was not the success of the time but of the good practice of Islam. If the people of Muslim countries practice Islam properly re-embracing the truths of the Qur’an, surely, the likes of Ibn Firnas, Ibn Haitham or Meriam al-Astraulabi will be doubled again without no question..

That reminds us of the famous quotation of Imam Bedizzaman Said Nursi or famously known as Ustad Bediuzzaman, where he uttered one of his books, Letters in the Risale-i Nur Collection as follows:

“History shows that the Muslims increased in civilization and progressed in relation to the strength of the truths of Islam; that is, to the degree that they acted in accordance with that strength. And history also shows that they fell into savagery and decline, and disaster and defeat amidst utter confusion to the degree of their weakness in adhering to the truths of Islam.

As for other religions, it is quite to the contrary. That is to say, history shows that just as they increased in civilization and progressed in relation to their weakness in adhering to their religions and bigotry, so were they also subject to decline and revolution to the degree of their strength in adhering to them.” /  Imam Bediuzzaman Said Nursi  (Damascus Sermon, The Letters, Risale-i Nur Collection)

It can easily be argued that Ottoman time was the blossoming period of science and culture. Marcel Clerget in his book “La Turquie, Passe et Present”, Paris, 1938, says:

“Proof of the high cultural level of the Ottoman Empire during the reign of Suleiman the Magnificent is to be found in the development of science and law; in the flowering of literary works in Arabic, Persian and Turkish; in the contemporary monuments in Istanbul, Bursa, and Edirne; in the boom in luxury industries; in the sumptuous life of the court and high dignitaries, and last but not least in its religious tolerance. All the various influences – notably Turkish, Byzantine and Italian mingle together and help to make this the most brilliant epoch of the Ottomans.”

Speaking of the Muslim contribution to the human history of science, Phillip Hitti in ‘Short History of the Arabs’ states, “During all the first part of the Middle Ages, no other people made as important a contribution to human progress as did the Arabs, if we take this term to mean all those whose mother-tongue was Arabic, and not merely those living in the Arabian peninsula. For centuries, Arabic was the language of learning, culture and intellectual progress for the whole of the civilized world with the exception of the Far East. From the IXth to the XIIth century there were more philosophical, medical, historical, religious, astronomical and geographical works written in Arabic than in any other human tongue.”

A Movie With Sir Ben Kingsley

One main highlight and most popular parts of the exhibition features a short film with Sir Ben Kingsley: “1001 Inventions and the Library of Secrets”.

Oscar-winning actor and screen legend Sir Ben Kingsley has taken the starring role in this short feature film about the scientific heritage of Muslim civilisation. The mini-movie, on which Kingsley take the role of a mysterious and cantankerous librarian, telling about a group of school children on an enlightening journey to meet pioneering scientists and engineers form the history of Muslim civilization. The library then reveals to be 12th-century genius engineer Badi’al-Zaman Al-Jazari who lived in the city of Diyarbakir (a city in today’s southern Turkey).

Human as a Minimized Sample of the Universe

The Islamization of Knowledge

A Fallacy of Atheism: Formation by itself