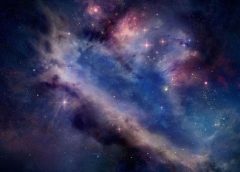 Medicine is the field of applied science related to the art of healing by diagnosis, treatment and prevention of disease.  It encompasses a variety of health care practices evolved to maintain and restore health by the prevention and treatment of illness in human beings.  Medicine is a multidisciplinary science which is composed of miscellaneous studies such as anatomy, physiology, histology, pathology, clinical and surgical studies etc.  Human body and human soul are the main fields the medicine is interested in.

When we examine human body we will see a great deal of perfect mechanisms and structures which are well-organised and very regular. Through all these events and mechanisms it is impossible not to see a volition, intention, and purpose over all these perfect orders.  A purpose in something indicates to the one who arrange the system. These mechanisms and structures in human body tell us about their creator with their own languages.

The Glorious Qur’an tells us about seeking the signs and evidences of Divine Presence throughout the universe and draws a lesson from the creatures which are well-created. As indicated several times in the Holy Qur’an, Allah wants us to look at the existence in the universe and examine the earth, mountains, sky, and living beings.  For example, in accordance with the verses

From among all these perfectly-created existences in the universe, human is the most complex one.  In surat al-Infitar the perfect creation of human body is mentioned as follows:

“O mankind, what has deceived you concerning your Lord, the Generous Who created you, proportioned you, and balanced you? In whatever form He willed has He assembled you.” (Infitar, 82:6-8). The perfect creation of human is not only about the human body because we also see an excellent order in human soul.  There are perfect control mechanisms of our emotions which have specific areas in the brain, according to the science of psychiatry which is a field of medicine related with human soul and its diseases.

What is Human according to Imam Nursi?

“We will show them Our signs in the horizons and within themselves until it becomes clear to them that it is the truth.  But is it not sufficient concerning your Lord that He is, over all things, a Witness?” (Fussilat, 41:53)

In this respect universe is a huge world which is indicated with the word of (آفاق) in the verse and human is a minimized sample of the universe and an index of the cosmos.  This truth is also pointed out with the word of (انفس) in the verse.  These all are mentioned by Imam Bediuzzaman Said Nursi with a gnomic sentence: “If human is expanded it becomes universe whereas if universe is minimized it becomes human.” (Mathnawi-al-Nuriyah)

There is hereafter (اخرة) in this universe. There is a willing and need of eternity (ابدیة) in human beings.

There are paradise and hell (جنة و جهنّم) in this universe and there are emotions such as pleasure, delight, compassion, mercy and additionally anger, hate, enmity and ambition in human being.

There is عالم المثال where we see in our dreams in the universe and there is an imaginary aspect of human being.  (We are able to imagine something that is possible or impossible)

There is lawh-al-mahfooz (لوح المحفوظ) in the universe and there is memory in human being.

There are trees and plants throughout the world and there are hairy structures in various part of human body such as head, face, arm, thigh, leg, axillary region, and inguinal region etc.

Under the trees and plants there are soil layers throughout the world and there are skin layers under the hairy structures in almost all part of human body.

There is water in the world such as oceans, seas, rivers, groundwater etc. These waters are approximately 75% of the surface of the world.  On the other hand there are bodily fluids in human body which are called extracellular fluids and intracellular fluids, gastric fluid, cerebrospinal fluid, blood, lymph, urine, interstitial fluid etc in human body. These fluids are nearly 70% of the human body.

There are metals and chemical elements such as carbon, oxygen, hydrogen, nitrogen, phosphate, sulphur, calcium, sodium, potassium, iron, copper etc in the universe. We see a collective sample of nearly all these elements in human body.

From among all these chemical elements if we talk about iron which is called حدید in Arabic language or Ferrum (Fe) in Latin language.  The verse in surat al-Fussilat which indicates the benefits of iron for human beings is as follows:

“And We sent down iron, wherein is great strength and benefits for the people” (Hadid, 57:25) What is the Function and Importance of Iron for Human Body?

In human body there are erythrocytes (red blood cells) which are responsible for carrying of O2 (oxygen) from lungs to the tissues of body and carrying of CO2 (carbon-dioxide) from tissues to the lungs in order to supply our organs’ O2 need and clean the body from a toxic gas, CO2. If the red blood cells cannot perform their duties the CO2 will accumulate inside the body and O2 cannot be reached to the tissues. Because of these events the organism will die eventually.

Red blood cells perform their transporting mission via a structure which is called hemoglobin.  If the structure or amount of hemoglobin is not adequate in red blood cells they cannot perform their O2 (oxygen) transporting duty accurately.  If we look at the structure of Hemoglobin we see two main parts which are heme and globin (hemoglobin=heme+globin).  Globin is a kind of protein that is found in hemoglobin. Heme is the part that contains iron. Because of these iron elements in the structure of hemoglobin, red blood cells look as red colour under the microscope. That’s why human blood is red.  If the amount of iron in our dietary food is not sufficient hemoglobin cannot be produced in the body.  As a result, amount of hemoglobin in our body is decreased and red blood cells cannot be produced in our bone marrow.  If the red blood cells cannot perform their duties, the CO2 will accumulate inside the body (CO2 is a toxic gas) and O2 cannot be reached to the tissues. As a result the tissue cannot be supplied with O2 and eventually the cells in the tissue will die. Because of all these events the organism will die eventually. All these information shows us that if there is no iron in the world we cannot live longer than 3 minutes. We cannot live without iron element. Let’s remember the word in the verse (وَمَنَافِعُ لِلنَّاسِ). The most important benefit of iron is to give life to the human beings. Another interesting and miraculous aspect of the verse above in surat-al-Hadid is about lam-al-ta’rif (ال). In Arabic grammar lam-al-ta’rif (ال) is used when you want to specify something or separate something from among other ones. It is very similar with the word of “the” in English grammar. Although there are several types of iron element in nature we see two kinds of iron which are “ferrous iron (Fe2+)” and “ferric iron (Fe3+)” in human body. But only ferric iron (Fe3+) is used for the production of hemoglobin and another kinds iron can never be used in the production of hemoglobin. There is a specific type of iron which is beneficial for human body. This truth is hidden amongst the words of verse with the letters (ا ل).

If we examine human body we will see a great deal of perfect mechanisms and structures which are well-organised and very regular. These mechanisms and structures tell us about their Creator with their own languages. From among these mechanisms and structures if we look at only one cell we can see a lot of amazing signs of divine presence.  Through all these events and mechanisms it is impossible not to see a volition, intention, and purpose over all these perfect orders. A purpose in something indicates to the one who arrange the system. As Imam Nursi says in the Tenth Word, “Every village must have its headman; every needle must have its manufacturer and craftsman.  And, as you know, every letter must be written by someone.  How, then, can it be that so extremely well-ordered a kingdom should have no ruler?”