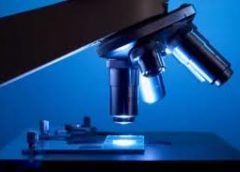 It’s nice to be here in such an informative exhibition. I’m impressed by it. I’m an engineer and knew many things about Muslim scientists already, however, I didn’t see some of the interesting ones before. Of course all of the items exhibited here are attractive, but, to me, the most attractive one is the elephant clock of Al-Jazari. Here I have seen that the period that people of Europe call the dark ages were only dark for us. We were poor. There were many diseases and people were dying out of hunger as well as epidemics and surely was in a bad situation.

But, when I look back at the history here in this exhibition, they were not even busy with those which we dealt with. They were inventing robots, founding hospitals and universities, they were having good life styles, inventing coffee and musical instruments which were all luxurious in those ages for us. There is only one thing that I cannot understand, howcome such a sophisticated and developed culture leant back?

(To get the answer,  please refer to the quotation in the headline, which was extracted from Ustad Bediuzzaman’s faourite work, Damascus Sermon, at the very beginning of the article).

I like the Museum of Science and this exhibition as well. We have come here together with my wife and my son. It’s nonsense to blame all Muslims for terrorist attacks. My wife is from Ireland and as you know there were many incidents between England and Ireland. Blaming all Muslims for terrorist attacks is just like naming all the Irish people as terrorists. There may be rotten apples in every culture and it’s normal. To change the image of Islam in the eyes of the general public is a bit challenging to be honest, however, these kind of exhibitions and events play an important role in representing moderate Islam, or at least can inform people. Although I was raised in a Christian school, I am not very into it.

I have been living in London for ages, and science is important to me. It’s very good to see this exhibition here. This is the first time that I have seen an invention by a Muslim. I am surprised indeed. We are all affected by the image of Islam in the mainstream media. This exhibition is OK, but not enough really.

I’m happy to be here in this exhibition, both entertaining and educating, it’s fine. I didn’t have a clue about those things in my life before coming here. I’m an economist and my wife is a scientist. We have brought our children as well. They are seeing the importance of science in the human history from the Islamic perspective. Islam, which is projected in the media, and Islam in reality are different from one another. This is what I learnt here. All those terror related incidents blamed on Muslims are not fair, I think. I went to Saudi Arabia, Iran and Turkey. They were all beautiful countries and I had no bad memories and experienced no hostility to non-Muslims there. I hope these kind of exhibitions will be done by Muslims so that people learn the real Islam.

Human Flight – History has it that Abbas ibn Firnas was the first man to fly, using glider wings. 9th century

Trigonometry – Muslim scholars developed mathematical and trigonometric rules to help work out the direction of Mecca from everywhere on Earth. 9th century

Fountain Pen – It’s said that the Egyptian Sultan Al-Mu’izz asked his craftsmen to create a pen that wouldn’t spill ink – and they invented the fountain pen. 10th century

Toothbrush Miswak – It’s said that the Prophet Muhammad scrubbed his teeth with a twig of miswak before each prayer. 6th century

Universities – One of the oldest universities is Al-Qarawiyin in Morocco, founded by Fatima al-Fihri who spent much of her fortune building it. 9th century

President Gormez: There is potential for a better TRAD in the future