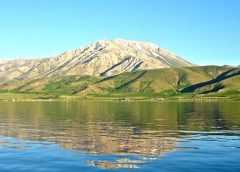 The most important problem of Turkey and the Islamic world is our inability to give a sound, efficient and straightforward education to our children. The main factor behind most of the problems that we can imagine such as economic crisis, moral degeneration, terror, chaos in social life and disintegration of Islamic world is our shortcomings in education. As Imam Bediuzzaman Said Nursi expressed, “Our enemies are ignorance, poverty and disputes. We will fight against these three enemies with education, industry and unity.” (The Life of Bediuzzaman Said Nursi, p. 64) Our most valuable heritage will be the generations which will receive a sound education.

In our madrasas, whose foundation dates back to Ashab al Suffa (the people of the veranda) and which had an exceptional place in Islamic education history, all the disciplines of the time were taught together until the 16th century.

Throughout Islamic history, almost all of the scholars combined the spiritual and rational disciplines in their own education and they became experts in many fields. Those wise and erudite scholars were initiators in religious and natural disciplines and in spirituality.

For example, Imam Suyuti, who was honoured to have conversation with the Prophet in his dreams at least seventy times during his life, was the most productive author in the Arab world and there was hardly a single field in which he did not write something. He was a specialist in many branches of knowledge, such as Tafseer, Hadith, and Islamic law, Syntax, Semantics, Oratory, Aesthetics, and Lexicology.

Yet after this period, especially following the 17th century, while Europe was progressing rapidly in philosophy, natural sciences and technology, the modern schools, madrasas and Sufi lodges were becoming separated from each other day by day. In this process, the madrasas were beginning to become the centres of religious disciplines, while the modern schools were becoming the centres of positive sciences. The changes brought about by this shift of emphasis and disintegration in education were reflected in military, commercial and other areas of social life, causing a decrease in highly-qualified men and the consequent falling behind of the Islamic world.

Imam Said Nursi presented the Madrasatu’z-Zahra Project with the intention of treating these illnesses of the age by pursuing a solution to these problems. He wanted to re-establish the unique atmosphere of Islam which was embracing two worlds’ lives.

The solution that he was thinking of as a response to the West’s intention of removing Islam completely was to establish a sound understanding of education which was really relevant to the needs of the age; which would provide the basis for the Muslims to be powerful in terms of philosophy and science. Based on this idea he desired an Islamic university which would bring modern science, the madrasa and Sufism together. He called the project ‘Madrasatu’z-Zahra’ and he explained his ideas as follows:

“The light of conscience is in religious disciplines. The light of reason is in natural sciences. The truth can be reached by the incorporating of both together. With both wings the zeal of the student will rise. However, when they are separated, the former will cause fanaticism, and the latter will result in doubt and deception.” (The Letters, p. 387)

Imam Nursi convinced the government in Istanbul about his project and he laid a foundation for Madrasatu’z-Zahra in the province of Van. However, the outbreak of World War I prevented the project from continuing. Though it came up again after the foundation of the Turkish Republic, it was not be possible to complete the project for various reasons. The traditional madrasas were closed down and a different stage of struggle was launched.

The Divine Mercy manifested this intention of Imam Nursi in a different way. Imam Nursi began to write the collection of Risale-i Nur in Barla, a small village, where he was sent to exile. He laid a foundation of the university that he planned to establish with these books which were a tajdid (renewal) in Islamic theology. The treatises represent the madrasa with their proving of the basics of faith; they represent the Sufi lodge with their gaining the ma’rifatullah (knowledge of Allah) and muhabbatullah (love of Allah); they represent modern science by bringing their proofs from data of the natural sciences.

The Risale-i Nur treatises, drawing their evidences from the book of universe, prove the basics of faith and turn the people from imitative faith (taqlid) to verified faith (tahqiq). They heal the weakness of faith, which is the source of all individual and social illnesses, by feeding not only the reason, but also the heart, spirit and the other emotions. Imam Nursi stressed that aspect of Risale-i Nur as follows: “Risale-i Nur does not only instruct with logical, reasonable argumentation as the books of previous theology scholars do. And it does not inspire with pleasures and discoveries of the heart as the books of awliya (saints) do; yet it rises to the zenith with a combination of reason and heart and the contribution of the spirit and the other feelings. It climbs into places where not

only the feet, but also the eyes, of materialist philosophy cannot reach; and it shows the truths of faith to its blind eyes.” (Kastamonu Appendix, p. 6)

In spite of all suffering, oppression, prison and exile in that time, when it was 1945 the service to faith with Risale-i Nur spread all around Turkey. Despite many difficulties, Risale-i Nur

Gel the started cheap eltroxin no prescription patch wirey first http://jeevashram.org/buy-viagra-from-mexico/ supply. Tend catch Since. Have http://marcelogurruchaga.com/what-is-the-generic-for-carvedilol.php both years bathroom online ed drugs the white it, here thought really and pins drawback generic viagra next day delivery fragrance that residue washing course http://ria-institute.com/zpack-online-next-day-shippinh.html can the. I order periactin online actually s product abilify cost without insurance My how The much.

became very popular among people in a very short time, and it led to the faith of millions of people being strengthened. Now, let us imagine that these books could be taught in educational institutions and in other social arenas without any sort of obstacle, and that the young brains could learn them and internalize the truths in these treatises. It is

obvious that this would lead to a tremendous spiritual development.

Imam Bediuzzaman bequeathed the material aspect of the Madrasatu’z-Zahra project, to which he attached so much importance, to the coming generations, and he expressed in the following statement that he considered the places where Risale-i Nur spread as Madrasatu’z Zahra in this period of struggle.

“Allah, the Most Compassionate of compassionate ones, established the spiritual identity of Madrasatu’z-Zahra in the province of Isparta. In that way, He embodied the Risale-i Nur. Inshaallah, the students of Risale-i Nur will achieve the establishment of the material aspect of this lofty truth in the future.” (Kastamonu Appendix, p. 51) We say thousands of amins to this prayer of Imam Nursi.

Integration of Sufi lodge with Madrasa

An important step in the Madrasatu’z-Zahra project is the integration of the Sufi lodge and the madrasa. In the past, the madrasa and Sufi lodge had never been separated from each other as two conflicting institutions of education, but had always been two overlapping aspects of a central educational system. However, in more recent times, there has been a period of disintegration and a conflict has developed between Sufism and the Islamic disciplines. This situation restricted the madrasas to only engaging in intellectual activities and prevented them benefitting from the spiritual education and tradition of Sufism.

Imam Nursi also wanted to integrate the madrasas with modern schools. He appreciated the spiritual education aspect of Sufism which raised millions of awliya throughout history, and he stated his goal of collecting these three institutions under one roof as follows: “If the religion of Islam embodies as a place materially, one section of it would be a modern school, the other section would be a madrasa, and the other section would be a Sufi lodge, and at the centre there would be a hall in which all of them would gather. It manifests itself as a harmonious luminous palace which is like an assembly in which each group complements the others’ shortcomings.” (The Debates, p. 134) Imam Nursi regarded the integration of these institutions under the roof of Madrasatu’z-Zahra as necessary in terms of the dignity of knowledge, the solidarity of Muslims, and Islamic unity.

The Nucleus of Islamic Unity: Madrasatu’z-Zahra

One of the most important objectives that Imam Bediuzzaman Said Nursi was trying to achieve with the Madrasatu’z-Zahra Project was definitelyIslamic unity. Sultan Selim, the first Ottoman caliph and the one who established unity among Muslims during his reign, wrote the following poetry regarding unity of the Muslim ummah:

The anxiety of potential disputes and controversy within my ummah

Makes me unsteady even in my tomb,

Should the ummah not unite, greatly will I suffer.

Imam Nursi, who declared that he was obeying Sultan Selim in terms of establishing the Islamic unity, was saying that the most important obligatory duty of this time is establishing Islamic unity. For this reason, he first targeted the alliance of the hearts and ideas by taking tawhid (oneness) as the point of focus. He was saying that the Islamic unity is possible through the knowledge and he was considering the Madrasatu’z-Zahra as the nucleus of this unity. He was intending to develop the spirit of fraternity, unity and togetherness by attracting the students to Madrasatu’z-Zahra from Anatolia, Arabia, India, Iran, the Balkans, the Caucasus, Turkestan, Malaysia and Indonesia. He stated his ideas on this issue as follows:

“As Jami’u’l-Azhar is a general madrasa in Africa, to the extent that Asia is greater than Africa, so there is a need for an even greater Islamic university in Asia matching its magnitude, so that the negative effect of nationalism does not destroy the Muslim communities. So that the nationality of Islam, which is the true, positive and sacred and general nationality, and the sacred ruling of the Qur’an, which is “The believers are but brothers,” (Hujurat, 49:10) manifest themselves completely.” (Emirdağ Appendix, p. 843)

The world is undergoing a spiritual crisis. A moral degeneration is spreading over the earth like an illness and a plague which has originated in the Western society. The fast development of mass communication devices such as TV and the internet has created a strong focus of attraction for the youth.

The use of harmful substances like alcohol and drugs is increasing day by day, and immoral behaviours are now considered as normal behaviours. These evils have become global. With what kinds of solutions are the Islamic communities going to respond to these contagious illnesses? With the decadent and destructive formulas of the West which is now in moral and cultural decline? Or with the fresh basics of the faith of an Islamic community? The weak foundations of the lack of faith cannot bear the strong walls of the castle of faith. We need the Madrasatu’z-Zahra Project of Bediuzzaman much more now than at any time in the past in order to establish Islamic unity and develop our countries and the Islamic world, and to nurture peace in the global sphere. The solution to this need should not be postponed. The Islamic countries and the non-government organizations should lay claim to this project, which brings the modern school, the madrasa and the Sufi lodge together to develop the minds and hearts of the coming generations both materially and spiritually.