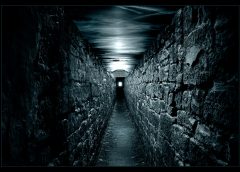 In the last century, with the increase in the reformist and modernist trends in the Islamic world, imitating of the western world raised. The followers of these trends started increasingly claim that Islam was the main reason of underdevelopment of the Islamic world. There are some tricky questions, claims and politics followed by modernists and reformists about Islam. Trough these, they have been seeking to change Islam’s symbols and rituals by blind imitations, baseless proofs, excuses and comparisons.

To begin with a blind imitation, they claim that “Converts to Islam in London or other parts of Europe recite the adhan and iqama in their own languages, and the Muslim world does not object. Does not this silence imply tacit approval, which must be based on Islamic law?”[1] However, the implementations (practice and obligations) of some religious rules in non-Islamic country are different from an Islamic country.  Many things -which are permissible in the foreign lands, are obligatory in a Muslim society. “Since the West is not an environment that normally inspires and inculcates the meaning of Islamic terms and the content of its sacred words or phrases, Western Muslims may feel compelled to sacrifice the original wording for the sacred meanings, and so preferred what is less harmful. But the Muslim world’s entire environment teaches Muslims the meaning of those sacred words and phrases. All discourses about Islam’s traditions, history, and above all its symbols, signs, and pillars, continually import those sacred phrases’ meaning to believers. Mosques and institutions of religious learning, even gravestones and their epitaphs, are like teachers reminding believers of the sacred meaning of Islamic symbols.”[2]

Secondly, those who seek to destroy Islam trough drawing people away from Islam are making an analogy that the revolutionaries, philosophers and intellectuals in the west rejected Catholicism and adopted Protestantism, which the Catholics regard as a sect of religious innovation and deviation, followed by many Christians. The reformers were branded as apostates at first and then later accepted as Christians, Islam may be reformed in the same way.  Yet, there is a great mistake with the analogy. Christianity attributes to Jesus only its doctrinal pillars, for most legal, social, economic, and political principles were laid down by his followers and other spiritual leaders or borrowed from earlier Divine Books. Since Jesus was not a worldly ruler and is considered that he legislated no social laws, Christianity’s legal system is like a borrowed garment fitted on its religious fundamentals. If this garment is altered or changed, Christianity remains and Jesus’ position is not denied.  On the other hand, “Prophet Muhammad (the pride of the world) was a religious leader and ruler whose dominion extends from Spain to the Philippines. Therefore he received all of Islam’s pillars, principal commands, and social, economic and political principles directly from God through Revelation. As a result, Islam’s secondary principles cannot be altered or changed, for they are like the body or at least the skin of Islam’s essentials -they are organically moulded to each other in such a way that they cannot be separated. Differences among Islamic schools or sects are originated in the understanding of some theoretical principles concerning secondary matters laid down by the Prophet. Islam’s fundamentals and incontrovertible principles are not subject to dispute or alteration. Whoever tries to do so is an apostate and is included in the meaning of the Prophetic tradition: ‘They break with Islam in the same way as an arrow leaves the bow’[3].”[4]

Moreover, the unbelievers argue that during the great French Revolution, which caused successive convulsions in the world, priests, spiritual leaders, and Catholicism were attacked. These attacks were later approved. This is one reason for Europe’s progress. “Indeed, Europe, especially France, had to deal with a Catholic Church that for centuries had been used by the elite and ruling classes as a tool of oppression and despotism; as a means to secure and sustain their dominion and the status quo; and as a way to crush nationalists, intellectuals, and lovers of freedom who opposed their despotism. Also, many saw the Church as the cause of the revolts that destroyed Europe’s social life and internal peace for 400 years. Thus they attacked it in the name of Christianity. The masses and philosophers were indignant and resented the Catholic Church, and therefore the French Revolution went the way it did.”[5]

“On the contrary to this, such arguments do not work with Islam, for Islam protects the people, as proven by its long history. Islam, with very few exceptions, brought no internal wars of religion, which were a common feature of Christian Europe for 400 years. Further, Islam has been a shelter and stronghold for the masses. Through the obligation of almsgiving (zakat) and prohibiting interest,

Islam puts the elite at the m asses’ service. Islam established that a people’s master is the one who serves them, and that the best people are those who benefit others.[6] According to Imam Said Nursi “there is an essential difference between Islam and Christianity in its present form—not the original religion of Jesus. Islam is a pure monotheistic religion that rejects means and intermediaries, breaks egotism and establishes sincere worship, and denounces and rejects all false lordships from the carnal self to nature. Thus a pious member of the elite must give up egotism. Without abandoning egotism and self-conceit, Muslims will lose their strong religious devotion and may even break, to some degree, with Islam. The present version of Christianity, which accepts divine son-ship and begetting, inevitably ascribes creative power to causes and means. Rather than breaking egotism in the name of religion, it sacralises the egotism of intermediaries by regarding them as holy representatives of Jesus. And so members of the Christian elite who occupy high worldly positions can be perfectly pious. For example, former American president Woodrow Wilson and former British Prime Minister Lloyd George were as bigoted as any priest. But members of the Muslim elite who attain such high worldly positions must break their egotism to be pious Muslims perfectly conscious of God. This is why the Muslim elite could never use Islam to oppress and despise the masses. In Islam, one joins either the elite or the masses through knowledge, God-consciousness, and piety.” [7]

Clearly, some people who seek to damage Islam trough drawing people away from Islam are making an analogy of Christianity and the reforms made in the Christianity. However, unlike the Christianity, Islam has its originality; there is not a single change with its original sources. Islam and religious Islamic leaders are not despotic. Moreover to this, Islam does not reject reasoning, nor silences intellectuals, nor demands blind faith. Indeed, The Qur’an constantly urges people to reason and investigate, as seen in such verses as: Will you not use your reason? Will they not ponder? Will they not reflect?”[8] Therefore, there is no need for any kind of reforms. Such an attempt will destroy its originality.