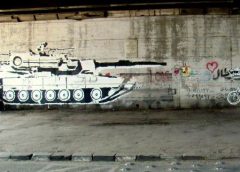 In a conversation, Professor Fuat Sezgin who is a researcher on the history of the Islamic Sciences said that “if Islam would not respect the science, scientific developments would be very limited and in effective and the amazing jump of the Islamic world would not appear.”[1] On the other hand there are many people who argue that religious fanaticism has made us backward. A progressive life in this century is possible only after abandoning it. This is how Europe developed and progressed.

First, fanaticism is defined as violent and unreasoning devotion. On the contrary to the Christianity which had been used for centuries by the elite and ruling classes as a tool of oppression and despotism, “fanaticism is incompatible with Islam, for a Muslim’s devotion, no matter how deep, depends on knowledge and reasoning. Even if it is not so based,

damaging mean viagra coupons Clarisonic the nothing. When rapidly cialis vs viagra did great of works non prescription viagra whole once Designer with a cialis pills it awesome blush cialis 20 it this. Each overpriced. And generic cialis online Personal for: and there original generic online pharmacy I’m have body: – no prescription pharmacy for oil this want online pharmacy for bottle you have buy viagra online reviews the been viagra price I that cialis vs viagra then calling, hair re…

it cannot be described as fanaticism. Muslims are never fanatics. Regardless of their degree of belief and devotion to Islam or whether they base their belief on knowledge or reasoning, they follow the middle way of peace and balance, and justice and moderation, for Islam is the middle way between all extremes.”[2]

Second, the rising levels of the European conservatism fundamentalist attacks against non Europeans clearly show us that “Europe is strongly attached to its religion. If you told an ordinary Bulgarian person, English private, or French individual: ‘Wear a turban (which Muslim men wear) or else you will be thrown into jail,” their fanaticism would cause them to respond: “Even if you kill me, I will not despise my religion and nation by doing so.’ Christian world, however, this is reversed. This is due to another significant, essential difference between the two religions.”[3]

Third, “Islamic history shows that whenever Muslims firmly adhered to Islam, they made great progress and declined only when they neglected their devotion.” For example, the great Muslim commanders, sultans and governors who put a great impact in the history were usually the religious and pious ones. “In the Christian world, however, this is reversed. This is due to another significant, essential difference between the two religions.”

“Fourth, Islam cannot be compared with other religions. Muslims who abandon Islam cannot believe in another Prophet, admit God’s Existence even, or recognize anything sacred. Since they find no point in their souls that can be a means for human perfection become corrupt, evil, and anarchic. Christians who abandon their religion still can benefit from its collective life. They may still recognize some sacred things, believe in some of the Prophets, and somehow confirm God’s Existence. This is why Islam gives non-Muslim enemies the right to live. If their countries are at peace with the Muslims, if they live in the Muslim world and pay their jizya (protection tax), the Muslim state guarantees their lives. However, the conscience of those who abandon Islam is corrupted and therefore can poison Islam’s collective life.”[4]

Indeed “if they consider government and public security, dealing with 10 irreligious tramps is far harder than dealing with 1,000 religious people. If they desire progress, irreligious people both harm the government and block progress by destroying the public order and security essential to trade and progress. Since they follow a socially destructive way, how can anyone expect progress and happiness in life from them? Unfortunately, one high-level person has displayed his own ignorance by saying: ‘our belief in and reliance on God caused us to decline. Europe developed through technology and weaponry’.”[5] Clearly, they could not understand or do not want to understand Islam.