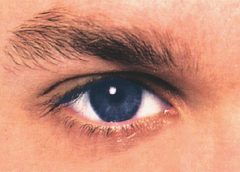 The great spiritual people, that is, the muttaqin as an expression of the Qur’an, shun away from the forbidden, illicit things as they avoid from the snakes or scorpions. They abstain from small sins even from the makroohs (disfavoured things) as well as from the great sins. This was because of their taqwa (respect to Allah) and the spiritual high rank that they are in. Imam Nursi says that he had never come across two things; fear and forgetfulness. These two lofty values and characters are reached through an infinite faith and an absolute trust in Allah. These are possible by adopting the compulsory and supererogatory practices and avoiding attentively from the illicit and suspected things. Imam Nursi relates the following

“It is familiar to those who know my biography. Fifty-five years ago, when I was in my twenties I stayed in the mansion of governor Umar Pasha due to his insistence and his respect to knowledge and learned. He had six daughters; three were elders and three were younger. I did not used to distinguish those three elders from each other and get to know them though we were in the same mansion during two years. For I did not pay much attention to them that I got to know them. Even, once I had a guest who was a scholar and he knew them within two days. Everybody got surprised about my situation and asked me why I did not look them. I used to say; “The concern of protecting the dignity of knowledge does not let me look.”

One day a young hafiz came to me and said “I am sick with forgetfulness. It is getting worse and worse. What can I do?”

I said; do not look at the illicit scenes and appearances as possible as it is. As Imam Shafi (ra) said looking illicit things cause you forget.

The Prophet (PBUH) says in one of his hadith “In the end time, the Qur’an is being extracted from the hearts of the hafizes and it will be forgotten.” It is understood that this illness will be exacerbated. (Kastamonu Appendix)