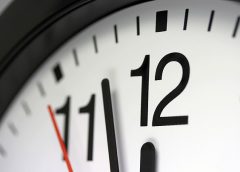 The fact that the summers turn into the winters and the days turn into the nights as divine routines show that all things are temporary and they will leave the physical world a while later. As a blessing granted to us the youth also will leave us. One should spend his youth in the path of good manners, deeds and morality. Thus, the youth as a blessing turns into an eternal life. This is the promise of all celestial religions.

If the youth is spent through excessive habits and sins, and illicit actions, every youth feels that the pleasure is dwindled because of the responsibility and punishment due to these acts and pain because of ending of pleasure as well as the spiritual torment.

If the youth is misconducted, many illnesses, extravagance, disasters and spiritual calamities are faced.

When the youth is spent in good conduct, it becomes a pleasurable bounty and a means to gain rewards and an eternal youth in the hereafter.

A Generation Knowing Their Prophet

Hereafter and Society: Is Ignorance Bliss?