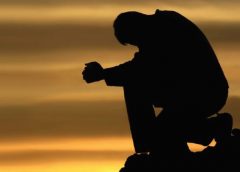 The role played by Imam Nursi in the field of Islamic propagation was, and still is, a very important and significant role. It is reported in a sound hadith of the Prophet Muhammad (PBUH) that Allah (SWT) will bring to this ummah every century an outstanding scholar in order to renew the iman (faith) and religion. It is obvious that Imam Nursi was one of those scholars who did very well in this regard.

When we look deeply at the time of Imam Nursi we will find that the Muslim world in general, and the Ottoman Empire in particular, suffered a very harsh degeneration European culture. The hegemony of Europe and its civilization at that time played a major role in diverting Muslims away from their religion.

At a serious time Imam Nursi decided to withdraw from all kinds of political activities and to dedicate his efforts to consolidate the issues of Islamic faith in the hearts of Muslims.

In his Book of Light (Risale-i Nur), the New Said tries to consolidate Islamic faith by establishing a new Islamic theology and an explanation of the spiritual realities of the Holy Qur’an.

It’s very important to assert that Imam Nursi did his best in order to comply with the methods of the Qur’an and the Sunnah in proving the issues of faith and inscribe them in the hearts of Muslims.

In his epistles, Imam Nursi presents his irrefutable arguments about the belief in Allah (SWT), the angels, the revealed books, the prophets and messengers, the day of judgement, and predestination.

Imam Nursi adopted the idea that there are three kinds of evidence to prove the issues of faith.

The first evidence according to Imam Nursi is the readable Qur’an which was revealed to the Prophet (PBUH). We know that Imam Nursi dedicated his entire life in order to serve this glorious book of Allah, that is, the Holy Qur’an.

The third evidence of iman, according to Imam Nursi, is the articulate Qur’an, that is, the Prophet Muhammad (may blessings and peace be upon him).

These three evidence, according to Imam Nursi, played in the past, and are still playing today, and they are to play in the future, the most significant roles in consolidating faith in the hearts in the seekers of iman.

Imam Nursi in “The Words” made a very strong address to the stubborn and unreasoning friend by asking him to look, not only with eyes but also with heart and soul to the wonderful creation of Allah in the earth and in the heavens. Imam Nursi urges the foolish person who still denies the existence of Allah to look at the palace of this wide earth which contains so many kinds of blessings and graces for the sake of mankind.

It is very difficult to mention all the issues of faith that Imam Nursi covered in his epistles in this concise article, but I hope that you can read the Book of Light and see and experience those beautiful explanations by yourself.