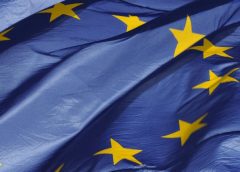 The European countries have succeeded to establish a union after long centuries of religious and political clashes with each other. Though they are not totally free of problems, currently they have a political union which functions mostly worry-free. This is because that the European countries reached almost a common and similar level and ground in politics, economy, science and technology and world view that they nearly abolished all kind of borders between themselves and they adopted a good way of living together.

Particularly in the middle ages, what was the reason of clash among the European countries was the different religious views of Christianity and independent political power of the Church. Religion was so effective in social and political life that all decisions were affected or directed by the religious sentiments. Through the enlightenment, while absolutism was recessed and human reason, individualism and critical thinking spread around the continent the power of the religious views in social and political life was excluded and restricted within the walls of the Church. A while later, the constitutional governments and democracy became standard. The absolutism was levelled in some countries, and the role of the kings remained symbolic in the others. Now, in the 21st century, human reason, will and democracy have become a benchmark in administration and a totally secular life has become widespread in the Europe.

The other important Western product which played a significant role

in modernization process is secularized science. Science is a way of obtaining information about all things in life and universe. With enlightenment, science was separated from religion and it owned its working principles and method. The new science was empirical, positivist and secular. When this new understanding of science was applied to the nature and things, people began to develop devices and technology improved in an unbelievably fast way. Technological development led to industrial revolution and lots of factories were established in European capitals.

The raw materials were brought from the rest of the world to the factories with colonization and food and materials were produced to sell to the rest of the world. In the course of time a large amount of capital and a class of capitalists were formed. This way of life led a liberal way of life to be spread to the West and liberal, secular democracy brought almost all European countries close to each other and nearly all citizens of different nations of Europe resembled to each other in terms of way of life, world view, perceptions and beliefs.

Of course political and economical competition lasted for a while and it still lasts. Yet, two Great World Wars taught a lesson to Europeans and a couple of European countries came together in 1958 to form the European Coal and Steel Community which was the first step in the federation of Europe. Now, with a number of supranational independent institutions and intergovernmental negotiated decisions European Union is a remarkable example of well-working federation though it has had recently some economical problems. To sum up, what brought the European countries together is a process of resembling and closing to each other in politics, economics and world view.