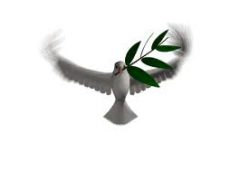 “Keep to forgiveness, and enjoin kindness, and turn away from the ignorant.” (Surah Al-Araf; 199)

“The guerdon of an ill-deed is an ill the like thereof. But whosoever pardoneth and amendeth, his wage is the affair of Allah. Lo! He loveth not wrong-doers.” (Surah Ash-shura 40)

“And verily whoso is patient and forgiveth – lo! that, verily, is (of) the stedfast heart of things.” (Surah Ash-shura; 43)

“……And if ye efface and overlook and forgive, then lo! Allah is Forgiving, Merciful.” (Surah At-Taghabun; 14)

But sometimes, we find it just hard to forgive… Sometimes we are filled with hopelessness… we feel disappointed, frustration, sadness, embarrassment, we feel hurt inside, thus; anger… Anger that even we cannot recognise ourselves in such situations. Doctors say anger is what is called a secondary emotion, used as a defence mechanism to cover up this embarrassment, frustration, sadness and hurt. Anger is said to be just a symptom, but it’s deadly enough to kill. It is like you are operated and had taken all your conscience and conscious out. It is like you don’t feel anything, even a bit of a mercy, you don’t show any kind of hatred in action towards this person but you just avoid him and your mind keeps reminding you that you must build a defence mechanism towards him/her… It can be towards a friend, your spouse or a sibling… It doesn’t matter… It is like a never-healing wound that has a scab… Sometimes the scab is scratched and it bleeds and it takes time to form a new scab again.

Moreover, you cannot accept an excuse or any explanation from anyone since you are broken or filled with disappointment… And silent operations are going on in your mind… Forgive, not to forgive… If we are to change the saying a little bit “Forgive or not to forgive; indeed, that is the question…” Start doing it firstly in your own spirit and having your way to compassion and judging and criticising yourself first and then the others… And forgiving yourself after you learn your lesson from what happened. It doesn’t mean to forget about what happened but it means to remove the devastating impacts of what happened in the past. And set the sail to new oceans of happiness by forgiving. Forgiveness is the path to compassion and understanding… Understanding yourself, you start to decipher the code of yourself, humanity; thus the universe. Because, man is the miniature of the universe…

Bediuzzaman Said Nursi in his interpretation titled “Risale-i Nur” states as the following: “Just as the ‘Ana (Self)’ is the key to the Divine Names, which are hidden treasures, so is it the key to the locked talisman of creation; it is a problem-solving riddle, a wondrous talisman. When its nature is known, both the ‘Ana (Self)’ itself, that strange riddle, that amazing talisman, is disclosed, and it discloses the talisman of the universe and the treasures of the Necessary World.”….. “The key to the world is in the hand of man and is attached to his self. For while being apparently open, the doors of the universe are in fact closed. God Almighty has given to man by way of a Trust, such a key, called the ‘Ana (I, Self)’, that it opens all the doors of the world; He has given him an enigmatic ‘Ana (I, Self)’ with which he may discover the hidden treasures of the Creator of the universe.” (from the 30th word of “The Words” book of “Risale-i Nur Collection”)

“Ana” “ego”, your “self” is the KEY. You are the key of every good and bad. Just you should learn how to use your “self”. How to manipulate it in accordance with the universe… Once you embrace yourself and forgive… and free your soul and mind from all the bad, you will find your way in life and the hereafter… When something happens, from the very first moment of it, just think about the wisdom behind it and get your share from it… Give yourself a chance… You are the key…

Forgiveness is like a gift that you give to yourself. By forgiving you release yourself from the burden of pain and anger. But, as mentioned, “you” release yourself from these burdens. In other words, forgiveness is by choice. You must choose to do it. It doesn’t happen on its own. And once you choose to do it, it is the moment you start to live in the present and future instead of the past. So, start doing it from this moment…. You can start living a better life this very moment…

In this writing, I kindly wished to clarify what forgiveness is. And I wish to dwell on the benefits of the forgiveness as well in the following one. As far as I know there is a saying “It is easier said than done…” We talk but when it comes to real life of ours, we are taken aback by the situation we come face to face… I pray that this time it will not be like that.

May Allah grant us with the power of forgiveness.

May Allah empower us with the power of His mercy and forgiveness.