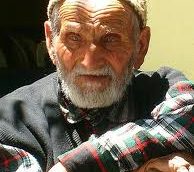 ﻿A poor and old villager had a legendary horse. The king of that area offered a great fortune for the horse but the villager did not want to sell it. One morning, when people woke up they realized that the horse was not in its usual place. The villagers came to the old man and said: “It was clear that they would not permit this horse to belong to you. If only you had sold it, you would live like a rich man till your death.”  The old man said, “Do not hasten to decide and judge. Say only that ‘the horse is lost’. Because, that’s the only truth by now. More than left is your interpretation.” The villagers laughed at that answer.

After a fortnight, the lost horse came out unexpectedly one night. It seemed that it had gone to the mountains and it returned together with 12 other wild horses. The villagers apologized to the old man and said: “You were right. Losing your horse has become your advantage.” The old man said “You again hasten to decide and judge. Just say that the horse has returned. What we know as a truth is this. We do not know anything other than this”

Less than in even one week’s time, the only son of the old man fell and broke his leg while he was trying to tame the wild horses. The villagers said to the old man “You were right again. Due to these horses your son will not able to use his leg for a long time. And there is nobody who will look after you. You will become poorer and more miserable.”

The old man; “You have caught the illness of deciding and judging quickly. Do not hasten so much! My son has broken his leg. That’s the truth. The rest is your interpretation. But to what extend is it right?”

After a couple of weeks, their enemies assaulted the country with a giant army. As a last hope, the king recruited all the young people to the army who were able to use weaponry.

The officers came to the village and recruited all the youth in the village to the army except for the old man’s broken legged son. All the villagers were mourning because it was impossible to defeat the enemy. The villagers came again to the old man and said: “You were right again. Your son’s leg is broken but at least he is with you. However, perhaps ours will never return.” The old man: “You are still deciding and judging. Yet nobody knows what will happen. There is one thing that we could know which is my son is with me and yours are in the army, but only God knows which one has the luck and which one has the bad fortune.”

“Do not decide quickly. Otherwise, you will not have any differences from everybody. Avoid judging the whole life seeing only a tiny piece of it. The decision is a situation in which the mind pauses. When you decide, your mind stops thinking and developing. However, mind always forces people to decide. Because being in the process of development is hazardous, it bothers you. But the travel never ends. When a path ends another one begins. While a door closes, another opens. You reach a goal and you realize that a higher goal stands here.