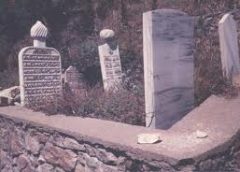 Think not of them, but of Allah, Lord of mankind and jinn
Think of Allah when tempted to sin
Think of the paradise which you will dwell in
Don’t wait till later to think what might have been…