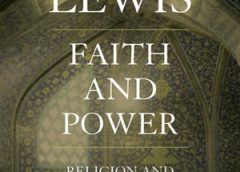 The question as to whether Islam and democracy are compatible with each other has been widely debated. In these investigations Islam is always considered as the agent that needs to be subordinated to democracy, and that it needs to be changed, modified and tailored according to the principles of democracy. These intellectual pursuits increased, especially after the end of the Cold War.

However, in the geography in which Islam has traditionally been the culturally dominating factor, democracy-oriented state structures did not develop much. Instead, totalitarian repressive regimes have flourished in the Middle East and North Africa since World War I. These regimes have never cared about their people’s demands or their wellbeing. Critical thinking and free speech did not develop, and education, health and technology remained below average levels in these countries.

Yet the Western countries had mostly good relations with these countries. They did not seem to mind their bad conduct with their people. Even if these countries were managed by dictators, these dictators had to be under their control, rather than being their opponents.

Among Western intellectuals, considering despotism as the fate of the East dates back to Montesquieu’s indicating that climate and geographical conditions were responsible for the despotism in the East.

Contrarily and highly interestingly, Bernard Lewis contends, in one of his articles entitled Freedom and Justice in Islam, that the despotism today in the East, especially among the Muslims, is a pretty modern phenomenon . This article, along with the other thirteen articles from Mr. Lewis, was published in a book under the title of Faith and Power.

Lewis argues that the political scene in the Middle East was not always ruled by absolute despotism as it is today in many countries in the region. To prove his claim, he relates the story of a French ambassador to Istanbul, Count de Choiseul-Gouffier,. Lewis quotes from the ambassador’s letter to the French government, in which he explains why he makes rather slow progress with the tasks required of him in dealing with the Ottoman government a few years before French revolution. “Here,” he says, “things are not as in France where the king is sole master and does as he pleases.” “Here,” he says, “the sultan has to consult.” He has to consult with former holders of high offices, with the leaders of various groups, and so on. Lewis adds, “this scenario is something radically different than the common image of Middle Eastern government today.”

So what happened for us to have come to this point? Lewis explains this again with a look at the historical background. If the Ottoman authority had continued, perhaps relations between the state and the people would have developed in a rather different, but healthier way. However, modernization split the traditional Ottoman administration and modern European state concepts were transferred to and imposed upon the region.

After the first wave of Western colonialism and the collapse of the local dynamics, the rising Nazi political ideology affected Syria and Iraq. When the Nazis were defeated and lost the war, Soviet ideology dominated the region and until the 80s, was still shaping it. These influences were effective in bringing about the establishment of the nationalist, despotic Ba’ath regimes in both Syria and Iraq.

Another factor is Wahhabism supported by oil funds, which is now rampant not only in the Middle East, but also in the other Muslim countries, as well as the Western countries where Muslims live. The Wahhabi ideology cuts Islam off from its relation with tradition of all kinds, and presents an understanding of Islam without history, overlooking factors of time and place. Finally, comes the Iranian revolution, which attempted to apply Islamic principles with modern state apparatus through force, which is quite unique in the history of Islam.

We may conclude from the historical process that the three main reasons for the despotism and totalitarianism of the Middle East are the abandoning of local traditional dynamics; the arrival of incompatible Western practices to the region and being exposed to the manipulations of the West.

Bernard Lewis is a scholar with a career of over sixty years in the field of Oriental Studies. He is a widely read expert on the issues and is considered to be the “most influential post-war historian of Islam and the Middle East”. However, he is not immune to being biased against Muslims and especially against Arabs. He was one of the advisors and mentors of George W. Bush and was supportive of his Middle East policies. A dichotomy of ‘us and them’ and a belief in the superiority of the West are strongly felt in all his books. Thus it is wise to be forewarned about the negative perceptions of this scholar before reading his books, even if he is considered one of the best in his field.