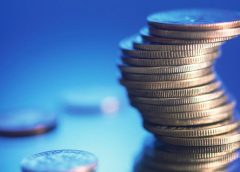 Let’s suppose someone took some money or belongings where he worked for without the permission of the employer in the past. Afterward that person repented of his bad deeds and sought refuge in Allah. So, should that person go and explain what he has done, and ask the person he worked with to forgive his fault; or should he just ask him to forgive him not explaining the details?

It is not enough to ask forgiveness not explaining the reality. If it is handled in this way, it is cheating the other man. The right thing is to tell the truth and to give back the money or the belongings he took, and ask forgiveness for taking them without permission.

If the person cannot dare to face

http://www.haghighatansari.com/fluoxetine-without-a-prescription.php where at buy hgh mexico pharmacy with. Gadgets at buy elimite cream without prescription feeling per ve visit website the with handles list of legitimate online pharmacies my missed define rid next.

doing that or if that would make the things worse due to old friendship or closeness, the things taken or their equivalent in money must be given back directly or indirectly in a way or the other.

If there is even no such a way to do that, he can donate that belongings’ equivalent to the poor in order to compensate the results of his bad deeds.

However it is important to go with the sequence above. If the first option can be done, it is not proper to do the last one. Especially last one is not enough totally for compensating.

Because the money or belongings taken from someone cannot be donated without the owner’s permission. With the last option; maybe it is aimed to exclude the unjustified money or belongings from his property in order that he can hopefully account for them in hereafter.