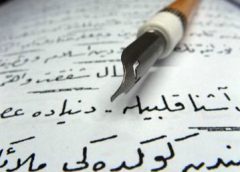 In respect to these dates, it is certain that Risale-i Nur Collection was completed in 23 years between 1926 and 1949.

Some of the other dates may vary one or two years.

Treatises written before 1926 and added to Risale-i Nur Collection later:

Collections compiled from other collections after buying a duplicator in 1946:

The Staff of Moses (PUH)

The Ratifying Stamp of Unseen

The Lantern of Light

Appendix treatises consisting of the letters he wrote from 1926 till 1960, the year he passed away.

The Life of Bediuzzaman Said Nursi (biography):  Written by his students in 1950s. Old Said period (before the Risale-i Nur) was taken from the short biography that his nephew Abdurrahman wrote and published in 1919 in Istanbul.

Reasons for preparing the “compiled treatises”:

The Staff of Moses (as) was compiled as a kind of summaryof Risale-i Nur.

The Zulfiqar collected the treatises that the scholars and those studying knowledge must get benefit.

The Talismans gathered together the treatises exposing the most mysterious talismans of religion like destiny.