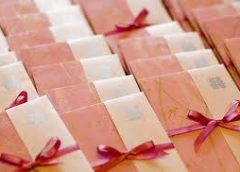 Risale-i Nur is one of the most precious works of our time. It both clarifies numerous faith related issues and includes guidelines for science. Starting from this issue, we will try to look at Risale-i Nur in this part of the magazine from a pedagogic and psychological point of view. The introduction sentence at the beginning of The Words, also pointed out by Yusuf Karaçay in his article, will guide us.

“Brother! You wanted a few words of advice from me, so listen to a few truths included in eight short stories, which since you are a soldier, are in the form of comparisons of a military nature. I consider my own soul to need advice more than anyone, and at one time I addressed my soul at some length with Eight Words inspired by eight verses of the Qur’an from which I had benefited. Now I shall address my soul with these same Words, but briefly and in the language of ordinary people. Whoever wishes may listen together with me.”

An important point made in the sentence “Brother…” is that Master does not distance himself from his students. He considers his addressees to be his equals and calls them “brother”. Not “Oh My students”, “Oh Listeners” or “Oh People” but “Oh Brother”. It is a commonly known fact that people accept the messages coming from their equals more easily and faster. There will be a difference when the sentence ‘Tomorrow, come earlier” is uttered by our boss or by one of our colleagues. Or when a mother says “Study your lessons” or said by a friend. We accept faster the messages coming from people in the same level with us and not from our superiors. Therefore, a good communicator and Islamic preacher should speak in the level of his addressee instead of talking pedantically and priggishly.

“YOU WANTED A FEW WORDS OF ADVICE FROM ME…”

Getting people to do something is really hard and tiring without creating motivation and desire within them. Therefore, the first phase of education is to motivate or create desire in people to be educated. It is completely wrong trying to tell or teach something to our addressee if he is not willing to listen. So, a good communicator and Islamic preacher is the one able to create interest in his addressees. Posing a question that will create curiosity, telling stories and anecdotes are some of the foremost methods used to motivate the listener. When Master says “You wanted a few words of advice from me…” he means “Give the knowledge to the willing or make them interested in it.”

“SINCE YOU ARE A SOLDIER…”

“IN THE FORM OF COMPARISONS OF A MILITARY NATURE…”

Stories are told in indirect speeches. Since they include action, they are easy to listen to and easier to stick in the mind. They can spread simply by word of mouth. As they are practical instead of theoretical, they can be adapted to real life conditions without much difficulty. While listening to a story, people put themselves into the place of the story’s hero and take their share from the lesson in it. In this way, since the lesson is given indirectly, no one is offended by it. For instance, while giving a lesson to an adolescent disrespectful to his parents, it would be much more efficient to tell him a story including respect for parents instead of giving advice in the old-fashioned way. It would be more permanent to narrate the attitude of Abdul-Qadir Gilani towards bandits instead of giving a sermon on the importance of keeping a promise. Indeed, stories could address both children and adults. Stories including lessons are one of the most important elements of preaching.

“LISTEN (TOGETHER WITH MY SOUL). (SINCE) I CONSIDER MY OWN SOUL TO NEED ADVICE MORE THAN ANYONE.”

The reason behind Master Bediuzzaman’s words “listen together with my soul” is to give a message to his readers, “I do not think myself superior to anyone. I am in the same situation as you and I need these truths just like you do.” Such modesty and accepting the reader as equals, result in gaining the swift acceptance of the addressees. “(Since) I consider my own soul to need advice more than anyone.” is in fact a warning sentence. Anyone hearing this sentence from the scholar of the era cannot help thinking that if such a great scholar cannot absolve himself from his nafs, I should be much more careful. Nafs is more dangerous than I think.

Master Bediuzzaman is aware of the fact that one cannot improve others when he himself has not improved.

Researches have shown that the ideal duration one can stay focused is 20 minutes. After 40 minutes, it is easier to get distracted and harder to follow the message being transmitted. Therefore, if speeches, conversations and sermons are kept short, they would be more effective. As the speech gets longer, the message is clouded and concise information cannot stick in the mind.

“AND IN THE LANGUAGE OF ORDINARY PEOPLE…”

Talking pedantically with a complex vocabulary and forming complicated sentences is the biggest enemy of Islamic invitation. When preaching, the level of language of the addressee should be taken into account. Using words not understood by the addressee may end the invitation and communication even before it begins. Using the language of ordinary people always gives more effective outcomes.

“I SHALL ADDRESS MY SOUL.”

Instead of a wise guy attitude such as “I’ll teach you the truth.”, “I will tell you very important things.” Master Bediuzzaman first addresses himself. Such sentences as “I’ll explain, I can teach, I’ll describe” may transmit the message “I know but you do not, I am better at this subject”. Therefore, it is always preferable to orientate our speech toward ourselves instead of the real addressee. Sentences in indirect speech and orientated towards ourselves like “Recently, a question popped into my mind…” I have listened to a really good story…” Once one of my teachers said that….” make persuasion easier.

“WHOEVER WISHES MAY LISTEN TOGETHER WITH ME.”

We all know that no good can be achieved by force. Even if you explain the greatest truth to an unwilling person, it will be worthless for him. And it will be a waste of time for the preacher. Here, Master lets the addressee give his own decision. So, he shows his respect for the addressee and avoids forcing him into accepting anything. According to studies, it is better to let the listener give his own decision after making enough explanations during a conversation. Indeed, people will make the right choice after we explain clearly and effectively. Moreover, people embrace their own decisions more strongly. The benefit and feelings of the one who listens to us willingly and the one who does not will be different.

Only a small paragraph from the Master can open up new horizons for us if carefully examined. And it is really meaningful to start the first book with a paragraph including the principles of the Words, Islamic invitation and communication. These following principles in the first paragraph should always guide an Islamic preacher and communicator.

1. Start communication/Islamic invitation with a good form of address.

2. Do not distance yourself from people during communication/Islamic Invitation.

3. Teach the one who demands and before everything else, create interest in your addressee.

4. Give examples from the social conditions your addressee is in and the roles they have.

6. Before others, convince, train and master your own nafs.

8. Talk in the language of ordinary people.

9. Do not forget to include your nafs among the ones you preach.

10. Do not force communication, Islamic invitation upon people.