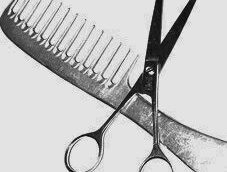 A man goes to a barber to have his hair cut as he always does and begins to speak to the barber. After speaking about many subjects, their conversation turns into a conversation about Allah (SWT).

Man: Well… But what is your reason?

The man stopped for a moment and didn’t answer in order not to have a pointless quarrel with him.

After the barber finished his job, the man paid him and went out. Just then; he saw a man who had very long hair and long beard. It seemed that that guy hadn’t had his hair cut for a long time. Then; the man turned back to the barber’s.

Man: Do you know? Something popped up into my mind. There is no barber in the world!!!

Barber: How can it be? There I am.

Man: No, there isn’t. If there was, there wouldn’t be any long hairy men walking on the street.

Barber: Well. There is barber but what can I do if they don’t come to me and have their hair cut?

Man: It’s absolutely true; it is the key point here. There is God and surely He is the One.

How can it possible for our splendid universe to be without any owner or a creator? But if people don’t gravitate to Allah (SWT) and do not follow the rules which put the world into an order, it is their own choice. And it is the main reason why there is so much pain and sorrow in this world.