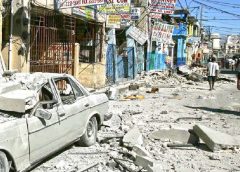 Evil means “not good, bad and harmful thing”. As understood from the verse “Allah is the Creator of all things (An’am 102),” the One who creates the evil and good is Allah (SWT). The issue of creation of evil is one of the important titles of belief in destiny.

Therefore, our belief in qadar requires us to believe that evils – like the good – are predestined by Allah (SWT) in pre-eternality, and will be created when the time comes.

At this point, a question comes to mind: Allah (SWT) is the source of all things good, and He is freed and exempt from all evils and ugliness. Moreover, although the verses like “Help ye one another in righteousness and piety, but help ye not one another in sin and rancour” (Maida 2) order people again and again to beware of evils and to do good deeds; and He sent prophets so that people give up evils and strive for good, why does He allow evils and create them? Is it not evil to evil?

Showing numerous aspects of wisdom in the creation of evils, Imam Bediuzzaman gives various answers to this question. For instance, in 12th Letter:

“Allah forbid! Creating evil is not evil; committing evil is evil. The creation of evil is not evil, but preference of evil by people is evil. That is, what is evil is that people prefer evinot its creation by Allah (SWT). Because , creations is related to all the results concerning that, human’s will, on the other hand, is related to his personal aims concerning himself. Human wishes that for evil aims, but Allah (SWT) creates it for many good purposes.

For instance: there are thousands of  results of raining. All of them are beautiful and good. If someone does not repair his roof when his house gets wet and damaged, he has got no right to say, “The creation of rain is not a benediction!” On the contrary, it becomes evil for him because of his mistake.

Also, there are many benefits in creation of fire, and all of them are beautiful and khair (good). However, if anyone gets harmed because of his/her mistakes, his/her has no  the right to say, “The creation of fire is evil. I wish it had not been created.” For the fire was not created only to burn him/her; it is certain that he misused his will and put his hand into the fire that cooks his meal; and he made that servant into enemy to himself/herself.

As a result: A bit of  evil is accepted for the sake of abundance good.. If a huge good is quitted in order to abstain from a a bit of evil, that means many evils are committed. For instance, it is seemingly evil to cut a finger that is gangrened. However, it is beneficent and good to do so. If the finger is not cut, the hand will be cut which is more evil.

So, the creation of evils, harms, misfortunes and the seemingly harmful things is not evil and ugly; because, they are created for many important and beneficial results.” (Twelfth Letter)

Bediuzzaman gives an example to note that there are many points of justice, wisdom and mercy- which are unknown to us- in the creation of evils:

“For instance, a judge convicts you of theft and puts you in prison; but you are not thief. On the other hand, you committed a murder that no one knows. So, the destiny has acted justly and imprisoned you because of your murder. The judge, on the other hand, has acted unjustly by jailing you for the theft that you did not commit. “So, the justice of qadar (destiny) and Allah’s creation, and the injustice of human can be seen together in one occasion.” While human oppresses, the destiny perform justice. So, the destiny of Allah (SWT), in reality, is freed and exempt from evil, ugliness, and injustice.”

When we look at the explanations in Risale-i Nur, we see that there are two kinds of evils:

2-     Some disasters and calamities ordered by Allah.

The reason why human and jinn are able to commit evil is that they are being examinated in this world. Allah (SWT) examines them whether they keep away from sins or do good deeds. As a necessity of this exam, they were given the will to do good deeds or commit sins.

Just as Allah creates everything, He also creates the  evil when human wishes to commit it. However, according to the opinions of Ahl al-Sunnah scholars, although Allah creates evils, He does not consent to that and He orders His servant not to commit evil and bad deeds.

If  people were not able to commit evil whenever they wish, in other words, if Allah did not create evil because of them, the examination in the world would be abolished, human could not struggle with nafs and Satan, the capabilities of spirit could not improve, and the prophets, saints and devout people who ascend to levels higher than angels would not appear.

In Bediuzzaman’s words, the meaning of examination would be gone and those like Abu Jahl and Abu Bakr (may Allah be pleased with him) would be at the same level. The lack of those great persons (i.e. Abu Bakr) would be a much more evil thing. Therefore, in order that those good people appear, the humanity is subjected to exam and permitted to commit evil. And then, human would struggle against nafs and Satan, keep away from evil and capabilities of soul would improve and good people who obtain the morality of Allah would emerge

The second kind of evil is the things like disasters, illnesses and troubles, which are regarded as bad by people, but indeed yield very beautiful, good and eternal benefits.

Even though the pains of people caused by disasters result in people’s objections and complaints,  there are numerous meanings of mercy and wisdom in these sufferings. Our Prophet (PBUH) gave lots of glad tidings that those who suffer disasters and troubles in the world will be rewarded abundantly and made consented. One of them is, “No calamity befalls a Muslim but that Allah expiates some of his sins because of it, even though it was the prick he receives from a thorn. (Bukhari)”. Another one is, “The sins of patient who trembles due to jungle fever fall like the fruits of a tree drop when it is shaken” In another hadith:

“In the Judgement Day, weighing machines are set and the ones committing deeds take their rewards. Then the ones who get into troubles come and weighing machines are not set for them and their rewards are given in abundance without calculating. When the people see the multitude of rewards that are given to them, they say we wish our bodies had been cut with scissors in the world so that we would take those rewards here.”

As understood from the sayings of our Prophet (saw), disasters and troubles in this world are the means of many good things. So, although the existence of the disasters and evils in universe is bad itself, it is good with respect to results.

Both good and evil are created by Allah. Although He creates the evils that human commits, He is not pleased with them. He commands people to abstain from sins, leads them to goodness, warns them against hell and invites to the heaven. He permits people to commit sins in this world as a necessity of examination.

As for the evils and disasters happening without people’s choice, although they look as if they are bad for this worldly life, in fact, there are many aspects of goodness, merits, wisdom and meaning of mercy behind them and their real beauty will be seen in hereafter.

Hadrat Bediuzzaman says, although some things are apparently evil, there is no evil in Allah’s creating in real terms. And those seemingly evil things serve to make beauty and goodness perfectly understood in accordance with the rule, that is things are known by their opposites.