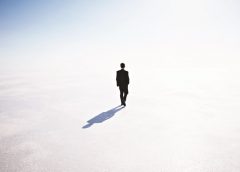 Who only thinks himself,

Who says, “As long as my stomach is full, let others die of hunger, I don’t care,”

Who can easily go to bed when his neighbour suffers hunger,

Who makes all his effort just for his interest: lives and works for his own profit, and never cares about benefit of his nation and ummah,

Who does not concern himself with the problems of his nation and ummah,

Who only dreams an easy, cosy and luxurious worldly life and lives with this dream,

Who acts with hypocrisy and insincerity for honour and fame,

Who escapes worldly hardships, which are just like fly bites, just as he escapes from snake and scorpion; but is careless about the horrible dangers awaiting him in the hereafter,

Who does not give value to his religion and sacred things as much as his clothes,

Who shows too much respect to people from whom he gets benefit in a way of abasement, indebtedness and hypocrisy,

Who rises by stepping on others,

Who seeks his benefit in other’s loss,

Who constantly praises himself,

Who assumes that success, goodness and beauty always arise (or emerge) from himself,

Who swallows everything without considering haram or halal in order to satisfy the desires of his lower self,

Who sells the verses of his Lord for the sake of worldly benefits,

Who steps forward when it comes to taste, pleasure, (getting) money, applause and benefit,

Who stays back when it comes to service, (paying a) price, work, responsibility and effort,

Who never thinks about his mortality when the death is mentioned,

Who gives up worship and service because of the difficulty in them,

Who wants to be free and unrestricted,

Who accepts the West and westerners as the ideal society and human model, and so on.

We can write more on this.

What if the things he believes to be in his favour are to his disadvantage?

What if everything he believes to be beneficial and he is after are actually heading for his own fall?

What if the things he deems beneficial and eagerly longs for getting are indeed nothing but useless things bringing harm to him.

In other words, what if human is in total mistake, confusion and astray?

At this very point, let’s reflect on this verse: “And be not like those who forgot Allah, so He made them forget themselves.” (Al-Hashr, 59:19)

We may understand from this verse that if we forget Allah swt, He makes us forget ourselves. How is it possible that man forgets himself? How can a man, whom we have described above in detail, forget himself while he is very fond of such benefits, tastes and money?

For example, human escapes from worship and service because of the difficulty and hardship in them. But there is actually, even in this world, a great peace of heart and spirit in worship, taqwa and service; and there is a great reward of eternal happiness.

For instance, eating everything just for the sake of taste without considering halal-haram is completely is against one’s benefit in the hereafter. However, if one eats from those that are halal and abstains from those that are haram, he will be in thankfulness for the blessings in the world and get them again in eternity.

That is to say, our Lord, Allah swt, slaps a man who forgets Allah in the face in such a way that he becomes such a stupid that he runs after all the things that are against his benefit, assuming that they are for his benefit. He thinks everything that is harmful to him as beneficial, and madly tries to get them. He digs his own grave; he cuts his own throat; he acts totally against his own benefit.

Therefore, man, who is equipped with reason with which he discovers all the mysteries, with conscience that cries out all the truths and with spirit with which he contemplates and recognizes all the blessings of his Lord, must not forget his Lord, the Creator of the universe, and must live a life according to the way He is pleased with (or to gain His consent), so that his Lord does not make him forgets himself.