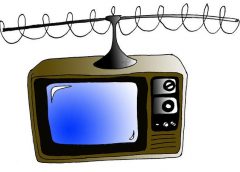 What is the situation of the Muslims who perform the prayers, but they watch TV in their dialy life, too. Are their prayers accepted? Because there are many sins in TV.

We should know that the jurisdiction of watching TV changes depending on the situation:

2- It can be occasionally permissible (mubah) like watching documentaries or some news without indulging in sins.

3- And sometimes it can be prohibited (haram) like watching the things that it is prohibited to look at, and watching the programs that harm the faith and encourage the sins.

If a Muslim commits sins by looking at the prohibited things while watching TV, those sins have great negative influence in his prayers and worship.

“The heart of a person who continues committing sins is sealed. That person cannot do good deeds anymore.” (Bazzar) “A black spot occurs when a sin is committed. If repented, that spot is erased. If the sins continue, that spot gets bigger and cover the whole heart.” (Nasai) “Sins are your diseases, the remedy is repentance.” (Daylami)

“Sin, penetrating to the heart, will blacken and darken it until it extinguishes the light of belief. Within each sin is a path leading to unbelief. Unless that sin is swiftly wiped out by seeking Allah’s forgiveness, it will grow from a worm into a snake that gnaws on the heart.”(The Second Flash)

“There are three traits that anyone who has them feels the pleasure of the faith:

1- To love Allah and His messenger more than anything and anyone.

2- To love a person just for the sake of Allah

3- After Allah saves a person from unbelief and grants him Islam, to be afraid of returning back to unbelief as he is afraid of being thrown in the fire.” (Muslim)

To be afraid of being led to unbelief means to be away from the ways leading to the unbelief. As for those ways, they are the sins.

“A Muslim cannot be pious unless he gives up the harmless being afraid of leading to the harmful.” (Tirmidhi)

That is, it is necessary to give up a permissible thing that may cause us to commit sin in order not to indulge in sin. May Allah protect all of us from unbelief and sins! Amen.

2 thoughts on “TV, sins, and prayers”