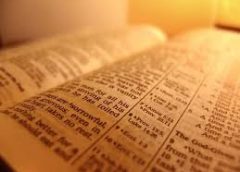 After having a lovely dinner with my neighbour, we were sipping our tea and chatting about inviting non-Muslims to Islam. He said that he is capable of showing evidences for the existence of Allah when it is asked. However, he gets in trouble when a non-Muslim asks him whether there could be more than one God. In fact, it is a question which every single Muslim can be asked one day. Obviously, the answer is that it is impossible.

Have you ever seen two principals in same school or two governors in  same city or two prime ministers in same country? Obviously, answer is a big “NO”. What would happen if it was so?

This reality is mentioned in the Holy Quran as follows:

If there were, in the heavens and the earth, other gods besides Allah, there would have been confusion in both! but glory to Allah, the Lord of the Throne: (High is He) above what they attribute to Him!

The  Holy Qur’an is not the only book which indicates the oneness of God.

So the scribe said to Him, “Well said, Teacher. You have spoken the truth, for there is one God, and there is no other but He. (Mark 12:32)

Shema Yisrael Adonai Eloheinu Adonai Echad “Hear, O Israel! The LORD is our God! The LORD is One!” (Deuteronomy 6:4)

These verses from both Old and New Testament disprove the idea of  “trinity’ and become another proof for the Oneness of Allah (SWT).

As a conclusion, there is no doubt about the oneness of Allah. This reality is mentioned both in the Holy Qur’an and Bible. Logically, it is certain that Allah is One as there would be a confusion otherwise.