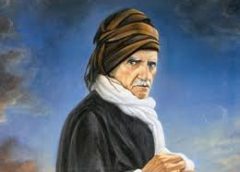 From this week on for several weeks, we will embark on a new series of writing about the life of an outstanding Islamic Scholar, the like of whom history has rarely met before. He is Imam Bediuzzaman Said Nursi. He is well known to particularly Turkey, where his books are extensively being studied by every segment of society from the rich to the poor, from the youth to the elderly from the time they were started to be written in early 20th century. The world also knows him from the spiritual struggle he expended in late Ottoman period and the Republican age against enemies of Islam and strengthening the faith of the believers, and is getting to know him better through the translated versions of the collection he wrote, that is the Risale-i Nur Collection.

Let us all begin our journey…

His Childhood &Youth and Life of Education

He was born into a humble family in the village of Nurs, in the province of Bitlis in 1877. Even at his birth, he showed signs of being exceptional. It is said that when he was born, he peered around attentively as if he was going to speak and he didn’t cry. His father Mirza and his mother Nuriye both belonged to families of Sayyids.

He started his studies at the age of nine. During his course of study, he studied in many madaris (plural of madrasah) in short terms and completed his education with great success. He completed most part of the courses in Dogubayezit, then a small town in the province of Erzurum, where he received an extensive education in three months. Under normal conditions it took fifteen to twenty years for an average student to complete this course. There he received his diploma (ijazat) at the age of fourteen. During the years he stayed in Van, he memorized ninety books that he considered essential and then repeated them by heart every three months.

While in Siirt, a province in the South Anatolian region, Said went to the Madrasah of Molla Fethullah Efendi. He was astonished by the number of the books that he learnt and read, then asked him questions from those books, in response to which he received perfect answers. To test his memory, he handed him a work called the Makamat-i Haririye. Said reads one page once again repeats it by heart, upon which Molla Fetullah expressed his amazement and called him Bediuzzaman which means ‘Wonder of the Age’. Similarly, many other scholars challenged him, but he was victorious in all the scholarly debates and contests.

When he was around nineteen or twenty, he was in Van, where he had the chance to master in modern sciences including history, geography, mathematics, chemistry, geology, physics, astronomy and philosophy. Like in religious sciences, he debated with men of modern science and silenced them in their own fields of expertise.

As he gained more knowledge of the broader issues and problems facing Ottoman society and the Islamic World in general, he realized that the traditional form of Islamic theology was inadequate for answering the doubts that had been raised concerning Islam and that study of modern science was also necessary.

We suffice with these lines for now. We will go on discovering more about his life in coming weeks.