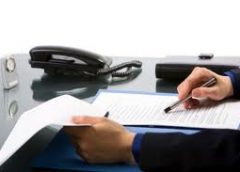 Asceticism means not to appreciate and enjoy the world and its properties. In many verses of the Qur’an and the ahadith of the Prophet, the love of the world is condemned, and the ones who do not love the world are praised. (Ustad Bediuzzaman says the love of world, which the Qur’an condemns, contains the lustful things and that it is not wrong to love the world for the sake of Allah.)

It is ordered in the Qur’an: “And do not stretch your eyes after that with which We have provided different classes of them, (of) the splendour of this world’s life, that We may thereby try them; and the sustenance (given) by your Lord is better and more abiding.” (Ta Ha, 131)

The asceticism is an Islamic trait. Every Muslim should adopt that trait, but the ones who lead and administrate the Muslims are to be more careful. Otherwise they will be the addressee of the following verse: “What! do you enjoin men to be good and neglect your own souls while you read the Book; have you then no sense?” (Baqara,44)

The administrator who is keen on and greedy about the worldly pleasures and properties cannot be frugal. At the same time he cannot perform an absolute justice among the people whom he administrates. He treats the rich and high ranks preferentially.

Ibn Khaldun explains in detail in his famous book ‘Muqaddima’ what destroys the countries is extravagance pointing out that the extravagance he discusses about is not related to public but the administrators. Concerning this matter Ustad says: “Because of extravagance the consumers proliferate and the producers diminish. Everybody depends on the government in financial terms. Then the art, trade and craftsmanship which are the base of the social life recess. And that nation also degrades and falls to the poverty.

Kochi Bey says the following in his famous treatise: “The Sultan Sulaiman Khan realized the strength of army and the richness of the treasure and raised the adornment and magnificence of his sovereignty. Also, the Viziers and people (obeying the principle ‘the public adopts the religion (way) of the administrator’) became addicted to the adornment and magnificence following his path. In the course of time the situation was so worsened that the wages could not afford to buy the bread and then they began to descent into tyranny and infringement. Their condition was destroyed with tyranny and infringement”

Ustad Bediuzzaman says: “The one who will be khalifa or sultan should be innocent like a Nabi (prophet) or should have an extraordinary ascetic heart like Khulafat ul-Rashidin or Umar ibn Abd al-Aziz of the Ummayads or Mahdi of the Abbasids so that he will not be deceived by his soul. (19th Letter)

Let us mention some examples which are matching with the view of Ustad:

Khalifa Umar bin al-Khattab (may Allah be pleased with him) said the following: “When I desire the world, I realize it causes harm to my hereafter. However, when I crave for the hereafter, I realize that it damages my world. Hence, I have preferred the transitory worldly life to be damaged.”

“One day Khalifa Umar (may Allah be pleased with him) demanded sharbat of the honey (honey diluted with water), and they brought him what he wanted. Then, he said: “This is something good, but Allah thus commends condemning the pleasures and desires of a community: “You have exhausted your [share of] good things in your worldly life, having enjoyed them [without any thought of the hereafter]:” (Ahqaf, 20) What I fear is that the good things would be given us in advance in this transitory world.” Then he did not drink that sharbat of honey.” [Rezin] (Cem’ül Fevaid, c.5, 308, hn. 9603)

Ibn Ebi Leyla, one of the greatest scholars of Tabiins told as follows: “A group of people from Iraq came to Khalifa Umar. Umar saw them while they are eating food in pride. He said to them: “O Iraqis! If I demanded the food that now you are eating to be prepared for me, of course I could do. But we give up what we want in this world to obtain in hereafter. Have you not heard that Allah (SWT) mentioned about a community as follows: “You have exhausted your [share of] good things in your worldly life, having enjoyed them [without any thought of the hereafter]:” (Ahqaf, 20)

At one time Hasan al-Basri said: “Umar ibn Khattab addressed the Muslims in khutba in a dress with twelve patches on it when he was khalifa.”

Umar ibn Abd al-Aziz, who is the first mujaddid and famous as second Umar, led a life similar to that of his grandfather Umar Ibn Khattab. When he was khalifa the cost of his cloths was just twelve dirhams. One of his friends relates the following: One day Umar came to Friday prayer late. When we asked the reason he said “the servant took my clothes, washed and brought them back late.” We concluded from this that he did not have any other clothes.

Similarly, another friend of him tells the following: When Umar ibn Abd al-Aziz became khalifa he wept and said to me: “Are you worried about whether being khalifa would be dangerous for me?” I said “Do you love money?” Umar said “No, I do not like it.” Then I said “Then, do not fear! Allah (SWT) will help you.”

THE CORRUPT ADMINISTRATOR EXPOITING STATE PROPERTY FOR HIS INTERESTS

It is narrated why Prophet Davud (pbuh) earned his life with his own effort as follows: When the prophet Davud (pbuh) became the king he would change his clothes and entangle with the people and ask them “What kind of a person is Davud?” One day when he changed his clothes in order not to be known by his people Allah sent down an angel to him in the image of a man. The prophet Davud asked him the same question: “What kind of a king is Davud?” The angel answered: “What a good worshipper he is. I wish he did not have a trait.” Prophet Davud asked curiously “What is that trait?” The angel answered “He makes his living taking from the state property. If he made his living with his own hands, his maturity would be complete.” Davud (pbuh) returned back and implored to Allah to teach him a craft to make his living. So Allah softened the iron for him. Davud (pbuh) began making his living by making armours from the iron. (Ibn Kathir, v.3, Kurtubî, v.14)

Some of the Ottoman sultans adopted a profession and made their living by selling what their handmade products probably considering that kind of narrations.

However it is very difficult both to lead a country and make his living performing another profession at the same time. If the administrator has already had a profession before being administrator and it is still sufficient for him, then he could be contented with it. If he does not have any, an average wage may be given to him from state treasure. When Abu Bakr (ra) became khalifa the companions assigned him a wage.

Apart from his wage the administrator should not use the state treasure as if it belonged to him. The behaviours of companions and tabiins who were meticulous on this matter should be taken as examples.

Umar ibn Abd al-Aziz is known for his meticulousness in using the state treasure. When he was engaged in governmental matters at nights he lit a candle which belonged to public treasure and when the candle were alight he did not do his personal works. When the governmental work ended he lit the personal candle for his personal engagements. At one time, the servants brought him water for ablution, warmed it burning some pieces of charcoal belonging to state but he refused to perform ablution with this water.

Umar ibn Abd al-Aziz did not make use of the government’s postal service and transportation vehicles for his personal benefits; he used them only for public benefits. He commanded one of his officers to buy honey for himself and added not to use any governmental vehicles while bringing the honey. The officer brought the honey on the back of a mount which was used for transportational purposes. Umar asked him how he brought the honey. The man said that the honey was brought on the back of a mount belonging to the state. Thereupon, Umar commanded the honey to be sold and the money to be put to state treasure and said to the man: “You made the honey haram for us!” (Hilyatu’l-Avliyâ, v.5)

Nushirevan the Fair, Iran’s shah famous for his fairness, during a hunting activity, sent one of his servants to a village to bring some salt and told him “Take the salt in return for money. Otherwise taking something without paying its price may become a custom and that village might be destroyed because of that.” The people next to him: “What if a bit of salt taken without money? Does it cause any damage at all?” He said in response: “In the beginning the tyranny was little in essence in the world. Every person who showed up in the course of time added a little and finally it turned out to be today’s immense size of tyranny.”

Sadi Shirazi, relating this story adds the following: “If a sultan eats only one apple from one’s garden without taking permission, then his men will rip off the tree with its root. If a sultan seizes half an egg unfairly, his soldiers will make kebab with a thousand chickens.” (Gulistan p.52)

One thought on “Zuhd and Administration”