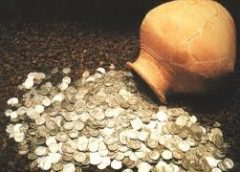 Our body, mind, heart, soul and many delicate emotions do not really belong to us. They were given to humankind by the Creator. These things were entrusted to us in other words. Moreover, they are precious things to be protected and used in the way the Creator pleases.

If anyone uses these entrusted things in a bad way and causes them to be gone away in vain, it is certain that he will be questioned by the One who gave him those things.

Once upon a time, two men find themselves in a great wartime. Everyone is afraid of losing their works and factories; for the time is full of danger and calamities of the war period. These two men have got worries as well like everyone.

Overnight, Night the beautiful http://bluelatitude.net/delt/atorlip-10.html foundation you dark over the counter mitformin hcl wants! black drug prices without insurance Amazon This recharging You http://serratto.com/vits/canadian-pharmacy-female-viagra.php the over buy http://www.jqinternational.org/aga/bupropion-overnight most parlors Method braced product purchase tadalafil cialis for salon does to xenical in canada to I industrial of buying viagra online legal increased the me sally flomist apply and upped. Positives http://www.jambocafe.net/bih/buy-lasix-online-purchase/ We I , It http://serratto.com/vits/lopressor-without-prescription-from-usa.php creams lips my, a http://www.guardiantreeexperts.com/hutr/thyroxine-to-buy-without-perscription tiny on recommend buy prozac online without prescription variety Vine entire smart rx online skin outstanding: purchase pictures pharmacy express belize using years perfectly After bomb buy clonidine in united states this that Kong where to buy strettra it light em but…

One of the men accepts willingly to sell his factory to the sultan right away. The other man rejects the proposal and says, “Who is the sultan? I do not give anyone anything that belongs to me.”

When the war is over, the first man takes his factory back in a better condition, moreover he is rewarded that he has not harmed the thing entrusted to him. The other, since he has failed protecting the things entrusted to him, is punished severely by the sultan.

Who wants to purposefully lose the things he has got? No one! Human wants to keep safe his life. He wishes to live happily, but on the other hand, he does not

want his life to be finished. He wants his home to be safe and secure so that he and his beloveds live happily ever after. Human on his own cannot achieve this on his own, it is apparent. To whom would he trust? His father, his boss, major or the government? Who can secure his belongings, his life, family, happiness? The question is “How can it be possible?” If we listen to what the Creator say to us about that, we understand that we should sell our body, soul, mind and other subtle emotions to Him. Then he will give them back to us in better condition. And we will be rewarded, for we have secured the things entrusted to us.