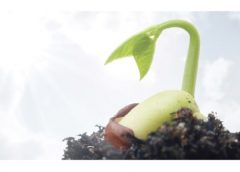 “The Sixth Proof of Faith” from the Risale-i Nur Corpus

The Ninth Reality: The gate of bringing to life and causing to die

Being a manifestation of the Name ‘The Living’ (al-Ḥayy), ‘The Self-sustaining Sustainer (al-Qayyūm), ‘The Giver of Life’ (al-Muḥyī) and the ‘Giver of Death’ (al-Mumīt).

Is it really possible for one Almighty, Compassionate, All-Knowing and Wise, who gave life to the vast, tremendous earth after its dryness and death, and manifested His power through this bringing to life with the Resurrection and dispersal of multifarious creatures exceeding three hundred thousand species – the resurrection of each one of which, that of man for example, is in itself extraordinary; Who showed the all-encompassing nature of His knowledge by way of the limitless differentiation and separation that takes place within that resurrection and dispersal, and within the interlocking and overlapping therein; Who turned the gaze of all of His servants to endless happiness by promising the Resurrection of mankind through all of His heavenly ordinances; who manifested the sublimity of His lordship by making all existents hand in hand, interdependent and shoulder to shoulder, turning them about within the sphere of His command and volition; who makes each one of them a supporter to the other, and subject to the other.

And who manifested just how much importance He gave to man through making him the most all-embracing fruit of the tree of the universe, and the subtlest, and the most extremely delicate, and the most precious, and the most dedicated in prayer, by addressing him directly and subjugating to him all things.

Yes; in every age and every year and every day upon the face of this constricted, temporary world the Glorious Disposer of this world brings into being a very great number of samples and signs of the Greater Resurrection and of the sphere of the Resurrection.

For example: In the resurrection of the spring, we see that He gathers and disperses more than three-hundred thousand species of animal and plant both great and small over the course of five or six days. He brings to life and restores the roots of all trees and plants, and certain animals exactly as they are.

He brings into being the rest of them in a homogenous form which is indistinguishable. Although little seeds – which differ one from the other only very slightly and delicately – are to a great extent intermixed with one another, they are sent out at great speed, scope and ease perfectly differentiated and individuated, in perfect, harmonious order and balance within either six days or six weeks.

Could anything be difficult for the one who does all this? Could He be unable to create the heavens and earth in six days? Or be unable to gather all of mankind with a single call? Far be it from Him, to be unable to do so…

It is to be wondered; were there to be a miracle-working writer who could write out, upon a single page and within a single hour, three hundred thousand books the letters of which had been erased or distorted, without them becoming confused and without a single mistake being made nor any omission – all being written together in a most beautiful form, and someone were to say to you: ‘This same writer will now write, from memory and in a single minute, that book of yours he himself authored that fell into the water.” Would you be able to bring yourself to say ‘No! He can’t do that – I don’t believe you?’

Although you see a miracle-wielding king having mountains demolished, countries transformed, and seas turned into land at a mere nod, all in order to show his capacity, or as a lesson, or for pleasure, and although you then see that a vast boulder has tumbled down into the valley and closed up the road upon which are travelling people that he has invited to his private banquet, preventing them from crossing; were someone to say to you ‘Despite how big it is, at a mere nod the king is going to have this boulder lifted out of the way, or broken into pieces – he will not leave his guests stranded on the road.’ Would you say ‘He will not lift it out of the way’ or ‘He will not be able to lift it out of the way!?’

Or were someone to put together a vast army from scratch in a single day, and someone were to say to you ‘with a single trumpet blast, this person brings back together the battalions, the soldiers of which had dispersed for rest. The battalions are then ordered according to his wishes’. Were you to say ‘I don’t believe it!’ you can well see how you would have acted foolishly.

If you have been able to understand these three illustrations, then look: In front of our eyes, the Beginningless Inscriber turns the white page of winter, and opens the green page of spring and summer. Upon the page of the face of the earth, He most beautifully writes more than three-hundred thousand species with the pen of power and destiny. He writes them all together so that they overlap, yet without their becoming jumbled, or without anything counteracting anything else. Never does He make a mistake, although all that He writes differs in form and shape.

Now, could it really be said of the Wise Preserver who inserts and preserves the blueprint of the spirit of the greatest tree within the tiniest speck-like seed: ‘how could He possibly preserve the spirits of the dead’?

And could it really be said of the Almighty, Who turns about the earth like a pebble in a slingshot: ‘how could He possibly remove this earth from the path of his guests journeying to the Hereafter’, or ‘how will He destroy it’?

Moreover, the Majestic Essence – who brought, anew and from nothingness, the armies of all living creatures into being, and recorded and incorporated, in perfect order, the particles within the battalion of bodies of all living creatures with the command ‘Be! And it is …’ – could one really say, of Him: ‘how could He possibly gather, with a single call, all of the fundamental particles and original constituents of the body, each of which became acquainted with one another by flocking together under the system of the battalion-like body?’

After all, you can see with your own eyes how very many inscriptions He makes, that are samples, examples and signs of the Resurrection. Like the resurrection of this very spring, in every revolution of the earth’s rotation. In each of its ages. In the alternation of night and day. Even in the existentiation and elimination of clouds in the sky. Indeed, were you to imagine yourself existing a thousand years ago, and you compared the two wings of time, past and future, you would see as many samples of the Resurrection and instances of the Gathering as there are ages and days.

You would then recognise the stupidity involved in your denying the reality of the bodily Resurrection, deeming it to be far from reason and implausible despite the fact of your witnessing such a great number of samples and instances thereof.

Look at what the Most Sublime Ordinance says about this reality that we have mentioned:

“Look to the effects of Allāh’s Mercy in the way he brings the earth to life after its death. That certainly is the Raiser of the dead, and He has power over everything.” (Qur’an: al-Rūm, 30:50)

The Upshot: There is nothing that would prevent the Resurrection happening; and everything in existence makes its occurrence necessary.

Yes; there is no doubt that such sublime, eternal lordship and magnificent, all-encompassing rulership is not built upon the things of the evanescent, transient, unsettled, trivial, changing, impermanent, deficient, imperfect affairs of the world, nor will they stop at them. There must exist therefore another realm and kingdom befitting to them, perpetual, stable, magnificent, that will never face extinction.

It is thus a fact that He employs us for the sake of that realm; and He invites us thereto. All people possessing bright spirits testify that He will transfer us to that place, as do all of the spiritual poles of illuminated hearts, and all those endowed with luminous intellects, who broke through the exterior and reached reality therewith. Those who were honoured with the closeness to the Divine Presence.

They report this to us all agreeing that He has readied a reward and a recompense. Again and again, they convey to us that He has made a very strong promise and a threat that is most severe.

Breaking a promise is a form of ignobility and self-abasement, neither of which can even approach His Sacred Majesty. Failing to realise a threat stems from either forgiveness or powerlessness. The fact of the matter is that disbelief is an absolute crime1 that does not deserve to be forgiven. As for the Absolutely Almighty – He is holy and transcendent above powerlessness. The testifiers and reporters are all in perfect agreement about the basis for the [conclusion to this] issue, despite the fact that they have diverse approaches, spir itual drinking-places, and schools of thought.

In terms of plentitude they reach the degree of unanimous testimony, and in quality, they are at the degree of scholarly consensus; and with respect to status, each one of them is a guiding star for mankind, the eye of a congregation, and the beloved hero of a people. With respect to importance, they are the people who are specialised in this issue, and who are qualified to establish truths therein. After all, [it is well known that] two specialists in a science or craft take precedence over thousands of non-specialists, and two people affirming a report take precedence over thousands negating it. For example – if two men report that the crescent of Ramadan has appeared, they throw thereby the denial of even thousands of deniers into nullity.

The Upshot: There cannot be a more truthful report, a more powerful case or a reality more manifest in this world. There is no doubt thus that this world is a field under cultivation. The place of resurrection is a granary and a harvest, and Paradise and the Hell are two depositories.