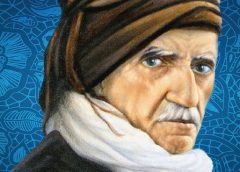 Youth is a great blessing which we can make eternal by spending it in the way of Allah (swt).

The nations’ hope of future is the youth. Countries expect the advance and progress in civilization from the efforts of youth. Therefore, youth is not a moment or period of life but the future. Tomorrow’s history has expectations from youth.

The spirit, strength and truth of a nation are its youth. To this respect, those who want to take a role at the stage of history have invested highly in its youth; because an unhealthy spirit, a half-strength and a weak truth cannot maintain the existence.

Western civilization, which declared the end of history, ideologies and religions, changed the meaning of many notions to which it attributed secular meanings, thus breaking with history, religion and ethics. People should find answers to the questions of “Why is youth, which people have for a very short time, given to them? How should a person use it?” For that reason, Imam Bediüzzaman primarily set out to unravel the mystery of existence of youth.

According to Imam Bediüzzaman, the truth and nature of the youth is that it is an elegant, pretty and good blessing of Allah (swt). The reason of giving it is to make use of it in the right direction, in chastity and in good deeds. The result is to be a heroic young, an excellent person, a felicitous Muslim and a kind of sultan to the other creatures.

It is not a tool for being drowned in sins regarded wrongly, running wild, pursuing material and sensual enjoyment, pleasures and passion, or seeking illegitimate tastes. As long as it is accepted as such, the result of youth will be to ruin the future of his own world, his happy life and his eternal life and felicity in the hereafter by turning them into torment, sorrow, pain and sadness. The result also will be to end up in hospitals due to the malfeasance and dissipation or to end up in prison due to running wild.

It is because of this mystery that Imam Nursi compiled a particular epistle on youth. Imam Nursi who gave importance to youth in his works, explains his main purpose: “I am inviting the youth and Muslims to faith with all my existence… I want to enter the presence of Allah (swt) with this endeavour, inshaAllah. That’s my all activity. Set me free! With cooperation, let me serve the oneness of Allah (swt), the faith of the country and improvement of the youth that is poisoned with communism.”

Imam Nursi in his epistles mentions a youth that sees the established Islamic civilization as unfinished yet, that feels the heritage loaded by history upon their shoulders, and that steers the course of time, not subjected to it: “If it is necessary, inshaAllah we will move further. We will show ourselves as the heirs of our ancestors in heroism as well as in religion.”

Imam Nursi emphasizes that the youth should not be stranger to themselves so that the service done by youth should not drop to the degree of “half men’s half steps”. He wants a youth who gazes at the horizon of the future but never turns their back to the history, and always remembers being the followers of a deep-rooted civilization. For this to come true, he warns them: “Oh youth of this country! Do not try to imitate the Europeans. I wonder how do you comply and trust their dissipation and groundless ideas after the incalculable hatred and oppression of Europe against you? No, no! You, those who imitate disgracefully; you do not just comply but put both yourselves and your brothers to death by joining them unconsciously. Be aware that when you comply with them disgracefully, you are being dishonest in the cause of patriotism; because this kind of compliance is to disdain and to ridicule your own nation.”

Imam Nursi points out the spiritual fortune for a youth that has formed their own identity and has an unbreakable personality and thought productiveness. He puts emphasis on the necessity of the lesson of truth in order to construct the perfection of youth. Because, according to Imam Nursi, dissipation and vice that are instilled by a privative ideology cannot enter a place where there is an ageless faith.

Imam Nursi thinks that a youth with a historical ignorance, eroded mind, and no sense of being a follower of Islam, no intellectual thoughts, and no practice of the religion leaves destructive marks in the personal lives and social morality. In order to protect the youth from this danger and to live a life as a Muslim, he instructs: “For the young people, youth, the reason of community life, it is the idea of Hell that prevents the rage of their feelings  and their excessive self from infringement, outrage and destruction, and that provides the fine course of community life. If there is no concern of Hell, the drunken young would turn the world into the Hell for the helpless, weak and incapable ones through the rule of “the stronger rules”. And they would turn the high humanity into the low bestiality.”

Imam Nursi expresses that the negligence sleep of youth is actually a nightmare to be awakened: “I was thinking that I climbed the highest apex of rebirth. I understand now that that rebirth is not a rebirth rather it is just to be in the deepest pit of sleep.”

Recognizing the youth’s potential to take great responsibilities, Imam Nursi does not accept a made up excuse for laziness from youth due to the lack of self confidence which he called “fiqdan-i nafs” or absence of self. “Don’t declare your apologies by saying that ‘we don’t do harm but we have no power to give benefits; therefore, we are excusable.’ This is not acceptable.” Imam Nursi, who wants to prevent this loss of perception, points out the real capital that youth has: “There are many young, strong and potent Saids among you instead of an old, weak and incapable Said. Same spirit, same expression, same faith…”

In order to be present in the course of history, to raise the ummah, not to forget their roots, and to be allegiant to the history Imam Nursi states his last will as follows:

“O Saids, Hamzas, Umars, Uthmans, Tahirs, Yusufs, Ahmads and others who have been hidden after the three hundred years and who have been listening to my words silently and watching us from a hidden unseen viewpoint! I am addressing you.

“I am talking to you through the wireless cables to your high future across the valleys in the past called history. What should I do, I hastened and I have come in the winter; you are going to come in a spring like a paradise. The seeds which are being sown now will blossom as the flowers in your ground. What I am expecting from you is that when you come to pass to the era of the past, you stop by my grave. Leave a few of those gifts of spring on the top of the custodian of soil which hosts my bones.”

Some Advice from Bediüzzaman to Youth