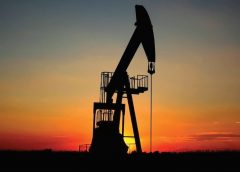 Islamic economy looks more on human behaviour in managing natural resources for the benefit of themselves and community. The ill disposition of the ownership, and the misdistribution of the wealth amongst people, therefore, must be addressed.

Islam is a comprehensive religion that covers the entire spectrum of life, showing us how to conduct our activities in a sound and wholesome manner. Islamic principles and teachings provide realistic, fair and objective solutions for the prevention of individual, social and international problems either in the Holy Quran or Prophetic traditions. The enormous economic problems and challenges are also dealt with. In fact, Islamic economics places socio-economic justice as its primary objective. Therefore, this paper gives a concise theoretical account of the Economic Order in Islam. Among the concepts that will be discussed is the ownership, and distribution of wealth that will include the fundamental issues of acquisition of wealth, its possession and expenditure, their obligatory occasions and illegitimate ones. The discussion will also include stance or reaction of the owners of wealth in case of profit or loss.

The economic order is the system a society uses to produce and distribute goods and services. The forces of production include natural resources, expertise, tools, and labour. The interaction of individuals in this process is called the relations of production. In a society certain groups are dissatisfied with their economic status and the governance of society. The motivation for the creation of a social movement is often found in the economic order.

There are so many problems being faced by the human beings; economy is one of them, and its significance cannot be denied in the life of human beings. Some of the economic systems that have to deal with these economical problems are Capitalism, Socialism and Islamic Economic System. The epistemological and metaphysical foundation of Islam is distinct from that of the capitalism and socialism. The Islamic Economic concept and rules are derived from the only source that is capable of satisfying the needs and desires of everyone, without resulting in chaos. The source of these rules is our Creator.

Islam, which is a comprehensive religion, covers the entire spectrum of life, showing us how to conduct our activities in a sound and wholesome manner. Islamic principles and teachings provide realistic, fair and objective solutions for the prevention of individual, social and international problems either in the Holy Qur’an or Prophetic traditions. It does not deny the needs of humans. It sets guidelines on how to deal with our economic problems, and the idea of social justice is greatly dealt with.

Islam provides the most comprehensive arrangements, covering both the means of sustenance needed in this world as well as the means of attaining the bliss and felicity in the Hereafter. Islam has proffered a perfect order for comporting oneself in this world and has demanded its adoption.

The basis of Islamic Economic System

Islam is not an ascetic religion and does not aim at depriving Muslims of the good things that Allah has provided (The Quran, 7:32 & 57:27). It takes a positive view of life considering man not as a born sinner eternally condemned for his original sin, but as a khalifah (vicegerent) for whom has been created everything on earth (The Quran, 2:30 & 2:29). Therefore, virtues lie not in shunning the bounties of Allah, but in enjoying them within the framework of the values for righteous living through which Islam seeks to promote human welfare.

The actions of a human being, including economic actions, are considered to be spiritual as long as they are not incongruent with the basic principles of Islam. Nevertheless, there are a number of goals and values that determine the nature of the economic activities. They include: economic well being within the framework of the moral norms of Islam; universal brotherhood and justice; equitable distribution of income; and freedom of the individual within the context of social welfare.

The view of Islam on economy

The view of Islam on wealth differs from its view of utilizing it. Islam considers the means that produce a benefit as a subject different from the subject of possessing the benefit. The property and human effort are the components of wealth and they are the means that produce benefit. The existence of these things and their production differ from the utilization of them. It is due to the fact that Islam interferes in utilizing some of the commodities like wine, and pork; trade in commodities that are prohibited. These are some of the restrictions on utilizing our funds.

However, as far as the methods of possessing of funds and man’s efforts are concerned, Islam has a number of laws regulating this ownership, such as laws of hunting and land reclamation, and the laws of leasing, manufacturing, inheritance, donations and wills. Regarding generating the production of wealth, Islam encouraged that through motivating the people generally to earn.

Imam Bediuzzaman Said Nursi says in the commentary of the verses “How many a living creature there is that carry its own provisions but Allah provides for them and indeed for you. He the All hearing, the All knowing” and “Surely Allah, it is He Who is the All providing, Lord of all might and the All forceful” (The Qur’an, 29:60 & 51:58) that “sustenance remains in its place and says ‘come and search for me, take me.’” Islam did not interfere in defining the technical manner of increasing production, or the quantity of production, rather it left that to people to achieve, as they like.

All basic needs are guaranteed in Islam. It is the duty of a wealthy Muslim to circulate his wealth and avoid riba (interest). We are prohibited to sell what we do not have. Besides these things, we are commanded to be frugal with our wealth. Imam Said Nursi says: “Allah (swt) demands thankfulness in return for the bounties He has bestowed on humankind. Wastefulness is contrary to thankfulness and implies a slighting of the bounty in a manner that will cause loss. Frugality, however, means worthwhile respect for the bounty”. Therefore, neither individual human skills nor natural resources should lie idle unnecessarily, and it is forbidden to waste or wantonly abuse resources.

Basis of the Economic Order in Islam

The basis upon which the Islamic Economic System is built mainly constitutes three principles:

Possession of wealth in all of its forms is either through compensation such as selling and leasing property, and wages of the employees, or not compensation such as donations, grants, presents, inheritance or loans. However, the economic problem lies in the possession of wealth and not in making wealth. The economic problem results from the viewpoint towards ownership, from the ill disposition of this ownership, and from the misdistribution of the wealth amongst people.  Therefore, addressing this aspect is the basis of the economic system.

To conclude, Islamic economy looks more on human behaviour in managing natural resources for the benefit of themselves and community. Islam allows freedom but within the bounds of Shariah. Halal and Haram are made clear in all economic activities. Interest, bribery, embezzlement, sale of wine, narcotics, short weighing and measuring, gambling, speculation, monopoly, extravagant spending, etc. are not allowed in Islam. Properties must be acquired lawfully and one should deal with it by keeping in his mind that he is a khalifah in the world. Wealth should be distributed among the people.

One thought on “The economic order of Islam”