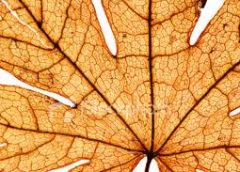 The earliest response to materialistic positivist challenge in nineteenth century which we mentioned in previous article came from a strange Muslim scholar in Turkey called as Bediuzzaman Said Nursi. He was strange both in terms of his way of clothing and manners and perception of the world and life and knowledge as well. It was 1922 when he first time noticed that that monster of unbelief was trying to grab the belief of Turkish nation. He was in Ankara and witnessed the joy of people due to the victory of the Turkish Army over the Greeks. However deep inside that monster was acting treacherously to capture the belief of people. To prevent and defeat that ideology he issued a brief brochure on materialism but since that brochure was in Arabic, it did not display its effect. As he issued a treatise on naturalistic idea in later years many things had already changed in Turkey.

The three main ideas of materialist science that we stated in our previous article were formulated by Nursi in his Treatise on Nature. The first of them, you remember, was “causes create things”. In the phenomenon of raining which we described extensively in the introduction of previous article that kind of a perception can be easily noticed. If we put aside the special terminology of that area of knowledge what they tell us is as follows: Warm air which is formed by the light of sun turns the water from rivers, lakes, and oceans into water vapour that rises into the air. That water vapour forms clouds, which contain small drops of water or ice crystals (depending on how high the cloud is and how cold it is). As clouds rise higher and higher, the air gets colder and colder. When the water vapour in the cloud becomes too heavy, it falls back to the ground as rain or snow.

You see how huge the power that is attached to the causes; sun, wind, cold, heat… They exert power, they push, they transform, and they make everything. And most of us do not question that kind of a discourse because any other kind of a language will not be considered “scientific” by some circles.

Let me describe how that kind of an explanation looks like, adapting an example from Imam Nursi: Imagine that you are sick and a friend of you tells you where he can find an effective medicine for your illness. Then he goes and returns with a potion and a strange story which is how he got the potion. He tells you that he went to a pharmacy to take that potion but he saw that instead of a ready medicine there were jars full of ingredients in the shelves of that pharmacy and a specialist on pharmacology was needed to make the potion from the ingredients in jars and phials which was needed to cure the illness because that specialist needed to take varying precise amount of ingredients from the jars separately. One ounce from that one, five ounces from the other one and ten ounces from the next one were needed for that potion to show its effect. If the demanded amounts couldn’t be provided, the potion would be useless. Then suddenly he saw that a strong wind stroke into the pharmacy and knocked over the jars and the precise amounts from the jars were spilt and came together and formed the potion needed for illness. Of course that kind of a story would be the craziest one that you ever heard.

However when it comes to macro-scale natural events it seems that we are easily captured by the idea that the light, heat, coldness, wind, rain are the real factors that have real power and can create beings. Furthermore if a man wearing a thick glass, white uniform called as scientist tells us such kind of a story we believe it without questioning. If a potion needs a specialist who has the power and knowledge for making it to come into existence, the entire universe also needs a creator who has an endless power and knowledge and wisdom to create and govern it.