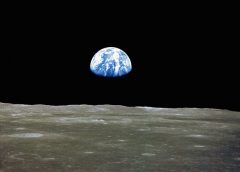 Upon the fall of Ottoman State and the scientific developments in the west, some western scholars started criticizing Islam. They worked hard and found the so called untrue or illogical pillars, verses, hadiths, and implementations of Islam. It included many contrasting things with the science according to them.

One of the things they attacked most was the “mutashabih hadiths.” Prophet Muhammad ASW told some hadiths in the form of comparisons and metaphors. Many of them were about the signs of the Last Day. Those “hadiths have not been well understood, some scholars who rely on their reason have pronounced some of them to be either weak or false. And some of the scholars, whose belief was weak but whose egotism was strong, have gone as far as denying them.” (Bediuzzaman, The Words)

Scholars’ seeing those hadiths as weak or false (or even denying them) was a real problem for the common Muslims. Their belief did not let them deny the hadiths (accepted as true for centuries) of Prophet ASW who is the most truthful and beloved of the man. On the other hand, some western scholars’ attacks and some Muslim scholars’ denial raised doubts about those hadiths.

Answers to those attacks and denials came to the help of Muslims soon. Bediuzzaman wrote on this issue in several treatises. Someone asked Bediuzzaman, “The hojas (e.g. imams) say that the earth rests on a bull and a fish. Whereas geography sees it hanging in space and travelling like a star. There is neither a bull nor a fish?”

Bediuzzaman tells some principles before answering this question about the mutashabih hadiths; but I will quote only the answer part from the 14th Flash here:

“For now, Three Aspects will be explained in reply to your question:

The First: Almighty Allah appointed four angels—called the Eagle (Nasr) and the Bull (Thawr)—as ‘bearers of the Divine Throne and the heavens,’ to supervise the sovereignty of His dominicality. He also appointed two angels as supervisors and bearers of the earth, which is the small brother of the heavens and companion of the planets. One of the angels was called the Bull and the other, the Fish. The reason for His giving these names is this:

There are two parts to the earth, one is water, and the other is earth. It is fish that inhabit the part that is water, while agriculture, which is the means of man’s life, is with bulls and oxen, which inhabit the part of the earth which is earth, and it is on the shoulders of oxen. Since the two angels appointed to the earth are both commanders and supervisors, they surely have to have some sort of relationship with the bovine and piscine species. Indeed, And the knowledge is with Allah, the angels are represented in the Worlds of the Inner Dimensions of Things and of Similitudes in the forms of a bull and a fish. And so, alluding to that relationship and supervision and to those two important species of creatures of the earth, the Prophet (PBUH) stated in his miraculous manner of expression: “The earth is on the Bull and the Fish,” thus expressing in a fine, concise sentence a page of profound truths.

Second Aspect: For example, if it is said: “What does this government and rule rest on?,” it will be said in reply: “On the sword and the pen.” That is, it rests on the valour of the soldier’s sword and the perspicacity and justice of the official’s pen. In the just same way, since the earth is the dwelling-place of animate beings and the commander of animate beings is man, and fish are the means of livelihood of the majority of men who live by the sea, and the means of livelihood of the majority of those who do not live by the sea is through agriculture, which is on the shoulders of bulls and oxen, and fish are also an important means of trade, for sure as the state rests on the sword and the pen, so it may also be said that the earth rests on the ox and the fish. For whenever the ox does not work and fish does not produce millions of eggs, man cannot live, life ceases, and the All-Wise Creator destroys the earth.

Thus, with a most miraculous, elevated, and wise reply, the Noble Prophet (Upon whom be blessings and peace) said: “The earth is on the bull and the fish.” He taught an extensive truth with two words, showing how closely connected are man’s life and the life of the animal species.

Thus in this respect, as we mentioned above, the Most Noble Prophet (Upon whom be blessings and peace) on one occasion said: “On the Bull,” and on another occasion, he said: “On the Fish.” Yes, indicating a most profound truth which would be understood many centuries later, he one time said in the miraculous tongue of Prophethood: “On the Bull,” because at the time in question, the earth was in the likeness of the Constellation of the Bull. And on being asked one month later, he said: “On the Fish.” For then the earth was in the shadow of the Constellation of the Fish.

So, indicating to an elevated truth that would be understood in the future, and alluding to the duty of the earth’s motion and journeying, and to the facts that the heavenly constellations are idle and without guests in regard to the sun, and that the constellations that truly work are in the earth’s annual orbit, and that it is the earth which journeys and performs duties in the constellations, he said: “On the Bull and the Fish.” And Allah knows best what is right.”