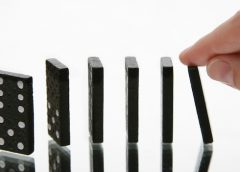 Is the mind enough to understand the religious issues?

Mind is one of the greatest bounties that Allah has given to people. Because man understand and realize many things, and relates them by means of mind. He can differentiate the right and the wrong, the good and the bad, the beautiful and the ugly by weighing in his mind. Based on this, in fact, Allah holds the people of sound mind responsible for their actions. He does not hold the children (who are not at the age of discretion) and insane people responsible. He refers to the mind at the end of many verses of the Qur’an with the expressions like “don’t you ever think?” However, the mind alone is not enough. It can find the right way if it is together with the revelation; that is, if it depends on the revelation. If the man only listens to the mind and ignores the revelation, he goes astray. “Whatever the light means for the eye, the revelation is the same for the mind,” says Imam Ghazali. If it weren’t for the light of revelation, the mind could not see the truth.

Affected by the western philosophy, which does not listen to the revelation, some people in the Islamic world see the intellect enough to weigh everything in the mind. Instead of using the mind according to the Qur’an and Sunnah measures, they test the Qur’an and Sunnah with their mind saying that “Islam is the religion of the reason.”

Then doesn’t this lead to different understandings of religion by different people; because everyone’s perception and measure of mind are different.

It is true that Islam is the religion of reason. But the question is “What is the measure of mind?” This measure must be the revelation, the Qur’an, and Sunnah. Islam is built upon the reason, the wisdom, and the logic; and it is proper to sound minds. The following verse refers to the sound mind: “Only those who have understanding take heed.” (Ra’d, 13:19)

And it is narrated that, “Whoever is granted with the (sound) mind, he is saved.” (Fayzu’l-Qadir)

“It is agreed upon that when the mind and the narration are contrary, the mind is paid regard and the narration is interpreted. But that mind must be a sound mind,” says Imam Said Nursi in his treatise Muhakamat (Reasonings). “The expressions at the end of verses like ‘Will you not then think?’ ‘Will they not think?’ point that Islam is established upon the reason, the wisdom, and the logic. And it is the characteristic of Islam that sound minds accept Islam.” (Isharatu’l-Ijaz)

Along with the reason Islam should be understood by means of the Qur’an and Sunnah, which are called narration (naql). “If Islam had only been the religion of mind, we would wipe under our thin-soled boots (mash) while taking ablution, not on them,” says Ali (may Allah be pleased with him), making the point clear.

2 thoughts on “What is the touchstone of the mind?”