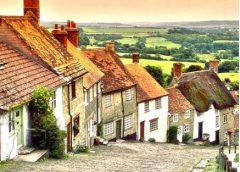 Social Engineering is a term used in Political Science referring to government’s or private group’s act of manipulating people into performing actions and social behaviours. In other words, ‘with the communities you establish, to inoculate people with the social life you want to give them and to try to make them live the way you want.’ Social engineering can be used against societies both negatively and positively. Here, the main purpose is ‘first to learn the dynamics of the community on which you will apply engineering, to put into effect engineering projects that will bring the dynamics of society to nought or raise them by making necessary psychological and sociological analysis.’

‘Repelling the social awareness’ is the most applied and I say sadly that a successful social engineering project on Muslims. This is the implementation of negative projects such as people’s loss of awareness in negative way and cynically to impose ‘being at a loss’ on society as a result of this awareness loss. Psychologists define ‘Social awareness ’ as ‘‘to act all together for a common aim and belief; to tune in a mutual objective, and to sacrifice one’s belongings, time and life for this purpose.’’ In fact, these definitions correspond to our Prophet (PBUH)’s following Hadith, ‘‘Muslims are like members of a body. If one of them is troubled with something, the whole body suffers from it.’’ 1

When we look at the historical process, especially in the last 150 years, enemies of Islam- who attacked Muslims with various cynical projects for years- prevented Muslims from acting on a common objective. Although they outnumber, 1.8 billion Muslims- since they don’t have the consciousness of acting together- could not band together. As a consequence, Christian and Jewish worlds could easily impose their cultures on colonized Muslim countries, and moreover they made much profit out of it.

This mentality having formed the strategic groups- which make plans beforehand; have got extra plans B, C and even Z- takes it as a goal to divert every movement which may enable unity; if unable to divert, manipulate it; or at least to reduce its impact at any rate. Implementing this project, contrary to the projects, they act together, work and collaborate while eradicating the opponent. Having taken the control of the media beforehand, by serving the topics they prepare these groups try to show that they are undefeatable, cannot be cut-out and ignored. In this way they affect the opponent’s spiritual power, and practice this destruction plans on this psychological basis.

This shows parallelism with the situation in Mecca before inception of the mission of our Prophet (PBUH). The arrogant governing aristocrat elite of Quraish said to the Prophet “even if you are prophet we do not obey you”; however, they could not insist even for ten years to the divine campaign of the Prophet and they had to give up their arrogance, status and people.

At this point the most important thing is that the invalid and unjust thoughts and movements of these people, who seem powerful and magnificent, are ephemeral if we become strong and organized. To employ the right method and to raise people who can adopt that method properly are the way to this.

As the ummah of a Prophet (PBUH) who says, ‘Whoever believes in Hereafter must do favours to their neighbours,’ 3; ‘The prayer practiced with group has 27 times more reward than the prayer practiced individually,’ 4; and ‘Give glad tidings to the ones who look after orphans and raise

them’ 5 and caress their hair with affection,

the foundations (waqfs), charity stones and charity institutions which our honoured ancestors- who love Prophet sincerely, show and prove this with even simple manners- established

Justice and compassion that embrace all Muslim nations are only a few examples of social consciousness that our nation constructed.

When we look at today’s social life, it is self-evident that the social awareness we mentioned above is lost. More importantly;

are the serious problems as well.

The service of thinking of each other, to help one another, and to seize the rope of Allah (SWT) is a duty waiting us to be carried out again in this age as the ummah of a Prophet who spent his whole life for the sake of human’s salvation and did not want anything in return.

We should not forget that ‘Whoever endeavours for his nation is a nation himself’, Which is the key to success.

It is obvious that we need people in this age who are not egocentric, can establish movements in the way of nations’ salvation, and become model persons to humans with such high ideals that they could say, ‘I sacrificed my life and my hereafter in the way of saving the faith of community,’

It is time to change the focus! From personal thought to think for the sake of communities; from egocentrism to the circles of ‘us’; uneducated, ignorant societies to wise, sagacious and model societies… And it is time to enliven the communities!

Best prays and wishes (that we all think about our duties one more time and have that awareness all the time.)