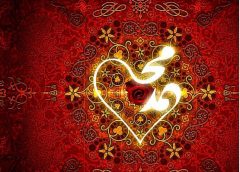 Say thou: “I am but a man like you: It is revealed to me by Inspiration, that your Allah is one Allah.” (Al Fussialat, 6)

Two basic characteristics of Prophet Muhammad (PBUH) have been mentioned in the Glorious Qur’an which is the obvious and certain endorsement of the Qur’an and also called as nass. One is his Prophethood and the other is his humane aspect. A poet has said:

Prophet Muhammad (PBUH) is a human, but not like others.

Whatever the quality of ruby is in comparison to other jewels, the Prophet (PBUH) is like that among other people.

It is possible to divide the humane aspect of the Prophet into two branches. The first branch is his servitude to his Lord (SWT); and the second one is his relationship with the people around him.

There are almost a thousand miracles demonstrating the Prophethood of the Messenger Muhammad (PBUH). The greatest and eternal one among these miracles is the Qur’an. And his second greatest miracle after the Qur’an is his personality, that is the exalted morality which everybody, for or against, agreed that he climaxed in every kind of good manner and character. In other words, he was at the greatest and unreachable level in all aspects of exalted morality.

Besides he lived by the religion that he brought more than any other person and performed servitude for his creator more than anyone else and shunned away from His prohibitions more than everyone. With this position and attitude, he has been the Apostle and sincere servant of the Lord of the Realms.

We are going to touch upon the humanely sides in his morality in this article rather than the proof of his prophethood.

And yes, it is possible to realize a couple of important points when we take a look at the exalted and lofty morality of our Prophet (PBUH).

•        Combining opposite manners in his personality perfectly without conflicting each other.

•        His living by the highest degrees of all the moral characteristics with his will and effort.

Let us briefly explain these points:

HIS PERMANENCE IN HIS EXALTED MORALITY

The Prophet Muhammad (PBUH) is the only person who was able to sustain his lofty and fine morality that he had from beginning to the end. That determination and firmness of hiS is so rooted and essential to him that pre and post prophethood does not make any difference from that viewpoint. It means that how perfect moral values he had during his prophethood, he had them also before being prophet. All the characteristics that he had since his childhood accompanied him till the end of his life, and he encountered with his Lord, Allah (SWT) with them.

In what degree his integrity, compassion, dignity, modesty, generosity, forgiveness, patience, courage, perseverance and all good characteristics were in the beginning, they were the same at the end. He preserved the same modesty that he had in childhood when he became the leader of the state. Additionally, it is impossible to find different level of practices in the life of Prophet Muhammad like that he was patient one day and more or less the other day, or today he is compassionate and the other day he is ruthless. That stability in feelings and manners showed such an order that it became one of the signs of his prophethood.

Actually, the manners of good morality do not contradicting each other, yet it is possible that the highest levels of good manners exist in a person and they do not conflict with each other. When a characteristic dominates, it weakens another characteristic. For example:

It is just a pure miracle that all these abovementioned characteristics will combine in the highest level on one person and none of them will dominate and neutralize the other and such kind of a situation has been witnessed only on Prophet Muhammad (PBUH) and nobody other than him has shown such a situation.

Imagine that a man is both perfectly frugal and also so generous that he  provides everyone’s needs; he is marvellously compassionate and also so just that he never transgresses the rights of anyone; and all these characteristics are extraordinarily harmonious. And so on. Such  perfection and harmony was combined by only Allah’s Messenger (PBUH).

HE REACHED THE HIGHEST LEVELS OF ALL GOOD MORALITIES

Allah (SWT) enjoins us the orders such as “Worship!  Forgive! Invite people to goodness! Have patience!” in the Glorious Qur’an.  The Prophet Muhammad (PBUH) reports these orders us and this is his mission of being a prophet. After conveying them, together with his companions he starts practising these orders, which constitute his being a human, in other words his being a servant of Allah (SWT). That aspect of Prophet is far beyond of our reaching.

Let us justify that judgement with a couple of examples:

Allah (SWT) has ordered Muslims to spread the message of Islam in the Qur’an. All believers are supposed to carry out that duty and the borders and limits of the invitation are not explicitly mentioned in the Qur’an and it is open-ended. Every believer disseminates his/her faith on his own, but our Prophet spread it with an extraordinary effort and he exhausted himself in such a degree that some verse was revealed on this:

“Surely those who disbelieve, it being alike to them whether you warn them, or do not warn them, will not believe.” (Baqara, 6)

“Perhaps you will kill yourself with grief because they do not believe.” (Shuara, 3)

“Then maybe you will kill yourself with grief, sorrowing after them, if they do not believe in this announcement.” (Kahf, 6)

How many people are there on the earth that exhaust and worry themselves to lead people into the right direction and Allah (SWT) consoles them?

To obey the order of his Lord, what else can anybody do?

Another example is the servitude of the Messenger of Allah (PBUH). As we have indicated above, our Lord  (SWT) has ordered us to show our servitude to Him in many verses of the Qur’an. The servitude of Allah’s Messenger (SWT) was in an unreachable level.

Although his all sins are forgiven, his wife Aisha (may Allah be pleased with her) said: The worship of the Messenger of Allah was like torrential rain. Which of you can do something like that?”

One day, while he was prostrating he stood very long and Aisha worried that he might have passed away (Although she was accustomed these long prayers).

Another important order of our religion is “to be forgiving”. The Prophet Muhammad (PBUH) had a high degree as he had in another characteristic of good moral.

After he was stoned in Taif the angel Jabrael (PBUH) came and said that if he wished they would destroy the city of Taif. However, the Prophet demanded the people of Taif to be pardoned let alone being castigated.

He has never reprimanded and scolded the archers in the battle of Uhud although they acted against his order, and that attitude was praised in the Qur’an.

It is possible to give many other examples.

Consequently, Allah (SWT) has explained the orders that the believers need to obey in the Qur’an and He has left the method and quantity of the actions to the will of the people. Nobody has reached to the Prophet (PBUH) in performing of these orders and the humanity will be glad if they can get closer his level of morality.

May Allah (SWT), who is Most Merciful and Most Compassionate, make us benefit the lofty morality of the Prophet (PBUH).