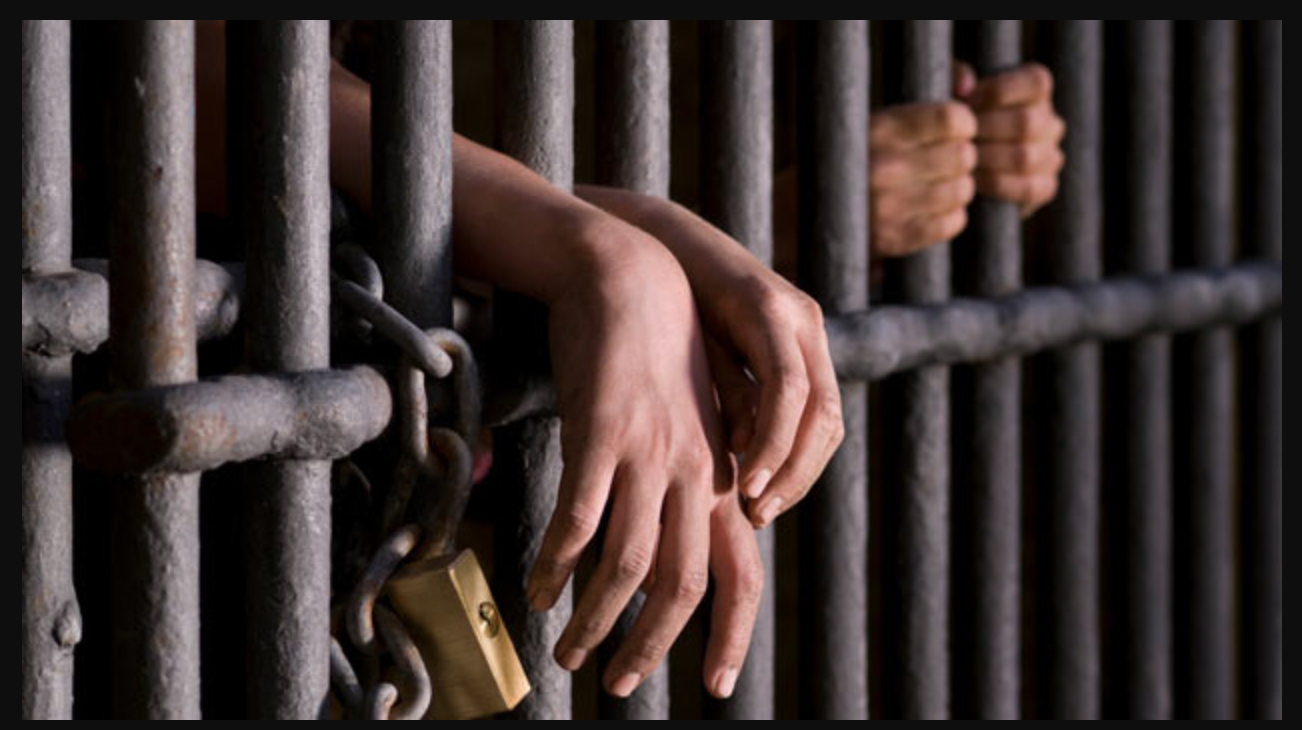 Prisons are the places of punishment. You can mostly find criminals there, but let’s not forget that there are also who are not real criminals or even innocent in prisons. For whatever reason they are there, all prisoners have the opportunity to think about life in a serious way. They all have time to evaluate their past and make decisions for their future.

Imam Bediuzzaman Said Nursi was one those who have been unjustly arrested and kept in prison. He spent nine months in Denizli prison where he and his students were ultimately acquitted.

He helped prisoners to think about their life seriously and to change themselves a lot.

During his nine months of prison service, he took a positive attitude and employed a constructive method in the prison as he always did in his life. With his positive attitude, he called the prison The Yūsufian Schooland took the inmates as his friends and students in this school.

He saw prison as a place for training where everyone must strive to be people who are courteous, trustworthy and beneficial for their country and nation; everyone must receive the discipline that is the underlying wisdom of the prison.

When prisoners do these, he says, even the officials, governors and guards of the prison will know that the people they thought were criminals, killers, shameless and foolish sinners and people who are harmful to the country, are now actually students studying in a blessed school.

Imam Said Nursi points that it is incumbent upon prisoners to travel down the path of faith and righteousness which he describes as “the most fully beneficial, easy and safe path for our world, our future, our Hereafter, our country and our nation.” By means of this the misery and suffering of heart and spirit would largely disappear.

He called prison The Yūsufian School because he likened their stay to the Prophet Yūsuf’s stay in prison. Instead of complaining about very challenging circumstances and moaning about the gloomy and unfortunate situations, he always initiated to revitalise the quality of spiritual life of the people around him. He assumed optimistic and constructive attitude in the face of such situations and events. He strived to take every opportunity to educate people and save people’s faith. That is why he saw prison as a school and prisoners as students and friends.

He draws attention to making use of the time well. He warns people against occupying themselves with troublesome dreams and imaginations, and says “we must benefit from the beautiful character traits of one another.” In this way, the prison transforms into a blessed garden that brings forth seedlings [i.e. students] with beautiful character.

In Denizli prison Imam Nursi wrote a book called “The Fruit Epistle”.  There are eleven issues discussing various topics of faith. It is a great and guiding lesson not just for prisoners but for all.

This book had great influence on the prisoners at the time. The inmates, who read this epistle and listened to its lessons, transformed into pious, obedient, compassionate and harmless people. They became beneficial individuals to their country within an utterly short span in addition to correcting their negative habits in this very limited time period. Even many of those who once killed others recklessly and without any hesitation became people of mercy to a point that they could not even harm ants any longer. Thanks to the magnificently effective and disciplinary impact on the prisoners, the prison guards and governors became amazed and they celebrated this epistle.

In one lesson, for instance, Imam Nursi points at an event that has taken place which concerns all people – an event that is more important than the World War. He says “A case concerning each human being has been opened that involves, in return for faith, either the obtainment or the loss of an ever-abiding, endlessly eternal tillage and property, ornamented with gardens and palaces, the extent of which is as that of the entire earth. If he does not obtain full certification of his faith, he will lose!”

In another lesson he reminds the issue of death as follows: Just as this prison is a temporary guest house for the continual stream of people entering and leaving it, so too is the face of the earth a rest house upon a road of fast-moving caravans, for arriving, staying over a night and departing. Death, then, that a hundred times makes the entire population of every single city flow down to the graveyards, doubtlessly demands of us far more than this mere life of ours.

The blessed caravan, as he calls it, of 124 thousand prophets explain the demand of death. They guide people to the truth. They report, in agreement, carrying the limitless miracles in their hands which are signs of their truthfulness that a ticket will appear. And by this ticket the people of faith and obedience will, with a one hundred percent likelihood, win an endlessly eternal, inexhaustible treasury with the condition of having a good end.

“We as students of The Book of Light believe that it would be absolute madness for us to occupy ourselves with useless, extraneous matters which do not concern us, as if we were to remain forever in this world, and for us to leave the duties that cause that case to be won.”

In one lesson he talks about youth. He sees youth as a sweet blessing. And this blessing must essentially be spent in gratitude for it. “Youth will no doubt depart one day. In the certainty of summer giving way to autumn and winter, and the day turning into evening and night, so will youth transform into old age and death. All of the divinely revealed scriptures have given the glad tidings that should a young person spend his transient, evanescent youth in chastity and goodness, within the sphere of uprightness, he will win a youth that is everlasting and ever-abiding.” The sphere of the permitted (halal) is sufficient for enjoyment [happiness and well-being], and pleasure within the sphere of the forbidden (haram) gives rise to punishment and suffer both in this world and the hereafter.

In another lesson he indicates the importance of affiliating oneself by means of true faith and worshipful service to the Creator. “Man is a living machine able to feel thousands of types of pain and thousands of types of pleasure; a destitute creature with thousands of physical and spiritual enemies despite his absolute powerlessness; with endless inner and outer needs despite his absolute poverty; a wretched creature continually receiving the blows of extinction and separation; yet, if he affiliates himself by means of true faith and worshipful service with the Majestic Sultan, he will find a point of reliance against all of his enemies and a point of assistance that becomes the means of realising all of his needs.

He says affiliating yourself to Allah, Who is the Sultan of absolute power and mercy, by means of faith and serve Him by means of worship will make you content, grateful and proud in gratitude; just as all take pride in the honour and station of the master to whom they are affiliated. And he adds that you make death your release ticket.

Having become convinced after listening to various lessons from Imam Nursi, the prisoners asked questions about the existence of hereafter. They wanted to be sure not to be imprisoned again by doing the same mistakes.

He says that first our Lord, and then our Prophet (asw), then the Qur’ān, and
then the rest of the Prophets and the Holy Scriptures, followed by the angels and the very cosmos itself, all tell us about the Hereafter.

“There is no kingdom that does not hold up a recompense for those obedient to it and a punishment for those who rebel against it, there is no doubt that the eternal sultanate, which is in the station of absolute lordship and sovereignty, has a recompense befitting that mercy and beauty.” Telling these, he points at the Divine Names Rabbu’l-‘Ālamīn (The Lord of the Worlds) and As-Sulṭānu’d-Dayyān (The Judging Sultan Who fully repays due recompense and punishment).

He also indicates a universal mercy, an all-embracing compassion and generosity on the face of the earth seen by all as clearly as the sun. “This Divine mercy and compassion would certainly and without any doubt never wipe out and obliterate these believers who are His beloved, thankful [servants] and adorers that He feeds so gently and lovingly.” Imam Nursi says that this is the answer about the Hereafter of the Names Ar-Raḥīm (the Compassionate) and Al-Karīm (the Generous).

As Imam Nursi says ‘a day will come when happy prison governors and staff will distribute its lights to prisoners, just as they now distribute bread and medicine, in order to transform the prisons into places of reform and refinement’ Insha’Allah.

There are many other points in these guiding lessons of Imam Bediuzzaman Said Nursi, not just for prisoners but for all. To see it yourself, I highly recommend you to read The Fruit Epistle by Imam Bediuzaman Said Nursi.

May Allah make us among those who knows Allah and obeys Him! And may Allah protect us from forgetting Him!