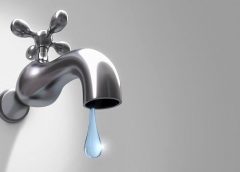 The current economic world order has brought a degree of prosperity for some segments of the society in different parts of the globe. However, the damaging consequences of this order prevail over its productivity. It has produced a society, which believes and practices a wasteful and extravagant life-style rather than a moderate and frugal life that is desired by our Creator from us.

Living an extravagant life is contrary to the basic principles of Islam. In fact, it means showing ungratefulness to Allah (swt) for the bounties He bestowed upon us. The two words used in the Quran for extravagance are israf and tabdhir, which are interchangeably used by some scholars although they are technically different from each other. The former refer to the wasteful use of what is otherwise permissible and the latter refers to spending on that which is prohibited in the first place. The two terminologies are used in the following verses of the Quran. Allah Almighty says, “Allah loves not the wasters (musrifun).” (al-A’raf, 7:31) In another verse, the extravagant (mubadhirun) people are called to be the devil’s brothers. (al-Isra’, 17:27) This is due to the fact that the wastefulness and excessive use of one person deprives others from the resources bestowed upon them.

Muslim jurists have identified three factors that are used to identify actions that fall into the boundaries of waste. Firstly, permissibility in Shari’ah, if an act falls within the purview of permissible acts by Shari’ah, the forbidden acts exceed the limits irrespective of whether it is extravagant or not. Secondly, rational judgment, this is whereby some acts like destroying your property is condemned by the rational of people. In other words, it is considered to be a wasteful act. Thirdly, societal norms, that shows the limits of normal expenditure from that which is excessive and wasteful. (Kamali, 2015)

In order to show gratefulness and obedience to Allah (swt), every individual, family and society must avoid wasteful and materialistic acts by taking into consideration the three aforementioned factors that determine the wastefulness of an act.

Islam, the complete way of life, teaches us not to be extravagant but to be frugal in spending our wealth. Thus, the basic parameter for the utilization of resources and spending is moderation in consumption and spending that avoids both extremes of niggardliness and profligacy. Allah Almighty says: “And [they are] those who, when they spend, do so not excessively or sparingly but are ever, between that, [justly] moderate.” (al-Furqan, 25:67)

In connection with this, Imam Bediuzzaman Said Nursi observed that when one is using his sustenance with frugality, this would reflect his inner gratitude (shukr ma’nawi) because of which Allah (swt) will bestow His blessings (barakah) on His servant. He further observed that our Creator want three things as a price in return for His bounties. They are remembrance of Him, thankfulness to Him and reflection upon the blessings He has given to each human being.

However, people have forgotten the above principles. Due to their materialistic pursuit of happiness, many people misinterpret the right to happiness by claiming the right to do anything that makes one happy and to lavishly spending their wealth on things that are unnecessary irrespective of whether their act is wasteful or not. Their irresponsible interpretations and acts deprive those in need of their basic needs of life as a result.

Therefore, living a moderate and frugal life should be the ideal way of living for each and every Muslim because it is the only way that is in harmony with the basic principles of Islam. It is the responsibility of every individual, family and society as a whole to think for a moment about those who do not have access to the basic needs of life before spending a penny.

To sum up, living a frugal and moderate life will not only bring happiness to the individual but the society as a whole.

One thought on “Frugality and extravagance: an Islamic perspective”