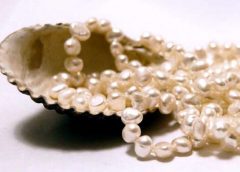 Do you remember that we were taught that the angle of tilt of the Earth’s axis is 23° 27′, and it is not round but oblate ellipsoid or geoid? (It is a nice tewafuq that the 23 coincides with Qur’an’s revelation time and 27 with the Night of Power which is the beginning of revelation.)

I wonder why Hakim Dhul Jalal (All Wise One of Magnificence), who does everything with absolute wisdom, has created the magnificence guest house (world) in this tilt. If we were to ask the material reasons to scientists, they would state much wisdom; moreover they would express that this shape of Earth is necessary for “a habitable world.” Nevertheless, there must be an explanation of this creation within the world of meaning (essence), as well. Let’s listen to the Earth for the answer:

“O human! My name is World (Dunya). My name derives from the name “adna” which means the lowest dwelling.

This lowness is the dangerous part of mine for you. A pious man concisely describes my situation as follows:

“O you who has gone mad out of heedlessness! World is a woman who has got a thousand beloveds. There are many admirers of her, but none gets her.”

O those who fall in love with me… Read carefully… Although many fall in love with me and sacrifice everything for me, I never allow myself to be their darlings nor are they satisfied by my limited shining beauty but they are always attracted. Beware that my attraction, beauty, poisonous and quickly ending pleasures I offer are the traps to hunt human beings who can exchange their hereafter and everlasting life with a couple of minutes pleasures. They are perplexed to leave the worship all of a sudden. See the mortality within me, do not get deceived.

Do not let your heart, which is the place of Eternal Lover (God), to be occupied by my diminishing self. If you somehow lose your power and mesmerized by poisonous arrows, in order to be awaken, just remember those who failed to adhere to God’s orders and fall into the tragic end.

Our Lord creating you as His most honourable guests and sending you to reside on me commanded me as follows: “O world! Be a servant to the ones who become servant to me! And use the ones who serve you under your service!” You know that I never disobey. I have been doing what is told to me from that day to this. I employ the people, who are in love with my beauties as if they will never die, in construction of my ground. Among them there are such people that they build villas and skyscrapers where they possibly never reside, and since the life is short they just pass away without getting any benefit. A handful of my soil suffices them who could not get satisfied with estates and flats. Sometimes I shake myself so that they come to their senses. The ones who get it take lessons (from earthquakes); the ones who do not get it start again to erect buildings with more struggle.

Yes, I am at service of those who are worshippers to their Lord as in accordance with aforementioned command.

124 thousand prophets and 124 million awliya (saints) are witnesses to what I told you. Although so many pharaohs, nimrods and rich people were my loyal servants, neither you nor me remember their names. Awliya

(Friends of Allah (SWT)), on the other hand, have been remembered by you for ages; and their corpses are forbidden to me, for they are martyr.

By the way, a human of perfection who saw me in the world of meaning describes me as follows:

“World is like a dog whose hair on its head and tail is pulled.” You are astonished, right? Let me explain: the lovers of hereafter whom I always follow about hit my head; that is why my head is bald. On the other hand,

I let the ones desiring me to pull the hair of my tail so that I waste their time. In fact, I would never let anyone to get me, but in order that they are drifted with me and their souls get much hunger I let them to get some worldly things. Yet their dissatisfaction is increasing. Be careful, and don’t ever fall into my trap!

O man! Know that I have three faces:

First: I am a nice mirror to the Divine Names of Allah (SWT)

Second: I am the field of hereafter

Third: And I serve the desires of human

So the things I told till now are related to my third face. The first two are clean. If you want to understand the 1001 Divine Names of our Lord and see the truth like the Sun by lifting the lid off, reflect on my first face a lot. But if you want to increase the bounties of heaven, the second is proper for you. The beloved companions’ lives are nice examples for you in this aspect. They neither had limit in worship and obedience nor got behind with the worldly trade. They almost turned their lives into wheatears which give plentiful and eternal harvest.

How interesting is this aspect of human, isn’t it? He/she learns, knows, teaches, appreciates the life that should be lived; but when it comes to apply it, he/she talks about changing of the time and era. Whereas it is necessary that you track the traces of those rare stars, you shut them up in the Age of Bliss and suppose them as unreachable superhuman features. In fact, they are the bright candles put for you on the way to the heaven and Ru’yatullah.

This is my last Word to you: One day Prophet Ibrahim (PBUH) said, “O my Lord, how long will I follow the world?” Allah (SWT) said:

“O Ibrahim, do not talk like this. Working for your living is not demanding the world that it is to be complained.” So the world should be understood in this way and the life should be lived so.

And the World ends his speech by saying: “Bear with me. I know I’ve outspoken, but you know that there is no waste in talking the truth. God be with you. Farewell…”

We pray that Our Lord, Rabbal Alameen, make us among those who understand this wise speech of the World and leave the supposed necessary things and refrain from them in the heart but staying in the world for the sake of God and for his religion.

What will Prophet Jesus do when he returns?

Prophet Jesus will come back

Hijra and its Consequences

Corporal Resurrection in the Qur’an